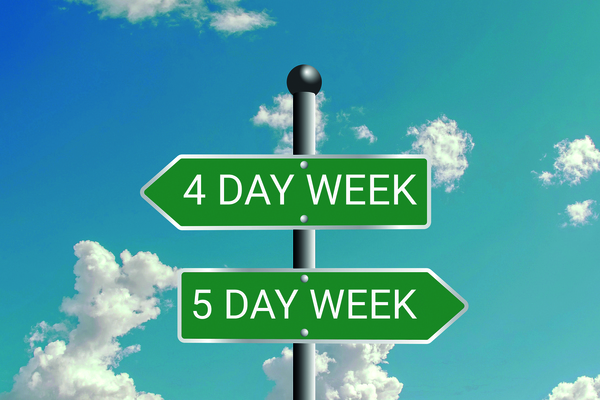 Could your business operate as successfully or even more so, by adopting a four day working week?

Around 70 businesses in the UK with a combined workforce of about 3,000 are currently taking part in the world’s largest working hours’ pilot scheme over the next six months.  Workers will work a four day week but receive the same amount of pay as they do for working five days.

The experiment is part of a worldwide project being managed by academics from Oxford and Cambridge Universities and experts at Boston College in the US, in partnership with the think tank Autonomy.  Similar trials are running in Ireland, the US, Canada,  Australia and New Zealand.

The theory behind the trial is that many workplaces, especially white collar workplaces have a lot of activity taking place which isn’t productive and this can be reduced or eliminated without harming the output of the business. In fact, it might just increase it.

Working weeks have changed over the last couple of centuries. It was mill and factory owners in the UK who first introduced a half day on a Saturday to help deal with Monday absenteeism due to 24 hours of ‘partying’ on the only non-work day of the week, a Sunday.

And a mill owner in the US first introduced a full two day weekend at the turn of the 19th century, to allow Jewish workers to observe the Sabbath. But we can thank car maker Henry Ford for making the five day working week and two day weekend for staff as we know it now, along with a 40-hour week as early as 1926.  This was officially adopted by the US Government in 1932 and a similar time here in the UK.

Whilst a four day working week might not suit every profession, especially those such as healthcare or teaching where they are already short staffed, in the longer term it is expected there will be lower sickness rates, fewer staff leaving and it will make businesses that offer greater flexibility more attractive to work for.

Businesses could consider adopting a four day week by allowing staff to choose which of the five days they work, so that their business doesn’t come to a complete standstill.  Whilst others might all want to work the same days to avoid the need to contact people trying to take a day off.

Before embarking on such a big change, it is recommended that employers consult with their employees to find out their views about it, whether it is something they would be interested in trialling and what outcomes would be needed to determine success and make it a permanent arrangement.

Employment contracts, employee handbooks and other documents and procedures will need to be reviewed and updated.

Once clearly communicated to all staff, managers should also receive training to ensure they are familiar with the new procedures and in particular how to handle any issues they might have with staff performance and productivity.

Getting into a pattern is important to make such a big change successful in any business and there are bound to be teething troubles. If you are considering a change in the way your team works and would like legal advice, please get in touch today.