Why Does It Take An Exposé to Make Us Listen? 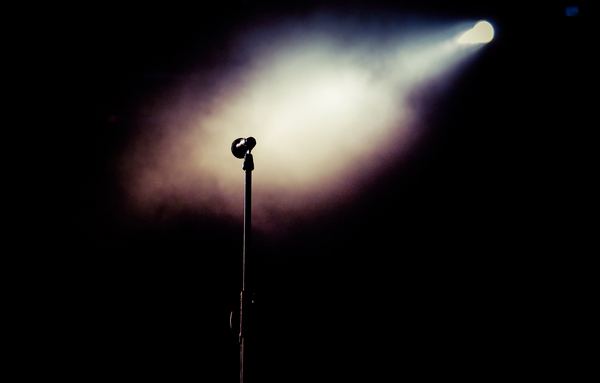 All of these hashtags are instantly recognisable. They have swept through social media like wildfire.

The movements that generated these hashtags all have a common theme – they really gained momentum after newspaper and documentary exposés.

Most people will be aware of the articles and documentaries about R Kelly, Harvey Weinstein and, more recently, Britney Spears.

Looking back, people are shocked that R Kelly and Harvey Weinstein got away with their predatory behaviour for so long.

Harvey Weinstein’s history of abuse reportedly dates back to at least 1990, yet it wasn’t until February 2020 that he was finally brought to justice for his sexual assaults on two women who, by all accounts, represent just a fraction of a very large number of victims. Indeed, he is still awaiting trial for two further charges in Los Angeles.

Weinstein’s misogynistic and predatory behaviour was an open secret in Hollywood. Women who dared to talk of their experiences at Weinstein’s hands were silenced by his legal team and pressured into signing non-disclaimer agreements. Careers stalled, and women became too scared to speak out.

Seth MacFarlane even joked when announcing the Supporting Actress nominees at the 2013 Oscars, “Congratulations, you five ladies no longer have to pretend to be attracted to Harvey Weinstein”.

Yet it took the publication of a New York Times article entitled ‘Harvey Weinstein Paid off Sexual Harassment Accusers for Decades’ on 5 October 2017 for Weinstein to finally be held to account.

The #MeToo movement rapidly gained momentum, and so many women came forward to speak of their own experiences that the public, law enforcement and the Hollywood elite all had to sit up and take notice.

Weinstein was dismissed from his production company, actors including Ben Affleck and Meryl Street publicly denounced him, his wife filed for divorce, the tide of public opinion turned against him, and in 2020 he was convicted of two sexual assaults and sentenced to 23 years in prison.

Instead of being appalled by Kelly’s marriage to a child, the music industry turned a blind eye, and the marriage was quietly annulled a few months later.

For years, reports of Kelly’s controlling behaviour towards women and his barely disguised interest in underage girls abounded.

R Kelly even stood trial in 2008 for 14 counts of child pornography, arising out of a 2002 indictment centring on a sex tape that allegedly featured his then 14-year-old goddaughter. The jury acquitted Kelly, and he emerged from the scandal relatively unscathed.

He continued releasing records on the Sony Music record label, RCA, and had renewed commercial success with singles including ‘Do What U Want’ with Lady Gaga and ‘PYD’ with Justin Bieber in 2013.

R Kelly was virtually untouchable. It wasn’t until the ‘Surviving R Kelly’ Lifetime documentary aired in January 2019 that the #MuteRKelly campaign took off, he was dropped by his record label, and previous collaborators like Lady Gaga distanced themselves from him.

As with Weinstein, exposure of Kelly’s behaviour in the Lifetime documentary led to authorities bringing criminal charges against him in February 2019 (with more in the months that followed). He is currently awaiting trial for charges ranging from racketeering and bribery to kidnapping and sexual exploitation.

The New York Times article and the Lifetime documentary exposed the predatory sexual behaviour of Weinstein and R Kelly, and to an extent the complicity of the mainstream media and industry figures who had been aware of their behaviour, but had brushed it under the carpet.

The New York Times documentary ‘Framing Britney Spears’ exposed behaviour of a different kind, bringing into question the motivation of her father Jamie Spears in her conservatorship, and casting a critical eye on the treatment of Spears by the media.

Viewers of ‘Framing Britney Spears’ are rightly aghast at the media’s conduct in the late ‘90s and early 2000s. The media’s obsession with a teenager’s virginity, and the lack of empathy shown to Britney during her well documented 2008 breakdown, is shocking to us now in 2021, especially following the ‘be kind’ movement.

The media have begun to acknowledge their failings. Glamour magazine was one of the first to apologise, writing on Instagram, “We are all to blame for what happened to Britney Spears – we may have not caused her downfall, but we funded it.”

Perez Hilton has also apologised for his salacious reporting of Spears’s breakdown.

The Twittersphere have clamoured for an apology from Diane Sawyers, after her now infamous 2003 interview with a then 21-year-old Britney, in which she asked probing questions about Britney’s sex life, criticised her appearance and seemingly condoned a comment from a politician’s wife who had said that she wanted to shoot Britney.

It seems bizarre now that none of us questioned this at the time.  Indeed, we consumers of this celebrity fodder are perhaps just as culpable as the press for the mistreatment of Britney and many other stars.

Many of us will remember the Britney head shaving memes, and the photographs of Britney hitting a paparazzo’s car with an umbrella.

Our public appetite for this content fuelled the market for such intrusive paparazzi photographs, and for sensational tabloid reporting.

Despite the #FreeBritney movement gaining steam on social media, campaigners outside courthouses and fans constantly on the lookout for ‘hidden messages’ from Britney via her Instagram account, it was only after the ‘Framing Britney Spears’ documentary aired that Spears made notable progress in her battle to have the conservatorship lifted.

In November 2020, Spears’s request to have her father removed from her conservatorship was denied, notwithstanding her assertions (through her lawyer) that “she is afraid of her father” and “will not perform again if her father is in charge of her career”.

‘Framing Britney Spears’ aired in the US on 5 February 2021.

The conservatorship arrangement is facing renewed scrutiny since the documentary hit our screens, and Free Britney campaigners are hopeful that Britney will be one step closer to independence after the next court hearings on 17 March and 27 April.

So why does it take newspaper and documentary exposés to make us sit up and take notice of issues that have been in the public domain for years?

We live in an era of social media, Netflix and Google, and buzz on social media about a new documentary or a newspaper article can lead to a vast audience in a short space of time, and worldwide media attention.

These articles and documentaries give the victims voices, a platform from which to expose abhorrent or criminal behaviour. They provide ‘safety in numbers’, empowering people to speak up, and to be believed.

No doubt part of the problem is that many of us did not want to believe what we were hearing and seeing, and an isolated incident was easy to dismiss.

Perpetrators could excuse their behaviour – blame it on the ‘fame hungry”, or claim that accusers were out to make a financial gain.

R Kelly was the most successful R&B artist of the 1990s, and sold over 75 million records worldwide. He wrote much-loved songs like ‘I Believe I Can Fly’ and ‘If I Could Turn Back The Hands Of Time’, and provided the soundtrack to many nights out with hits including ‘She’s Got That Vibe’, ‘Bump n Grind’ and ‘Ignition (Remix)’.

Weinstein was one of the most powerful and prominent producers in Hollywood. His entertainment company Miramax produced many hugely successful and popular films, including Shakespeare In Love, Pulp Fiction, The Piano and Good Will Hunting. He won an Academy Award in 1999, and three Tony awards between 2001 and 2014.

With Britney Spears, few people want to believe that a father might have ulterior motives when acting as conservator for his daughter. Also, by acknowledging Britney’s mistreatment by the press throughout her career, we are also compelled to acknowledge our culpability as consumers of the media content and, for many of us, that is an uncomfortable truth.

Hopefully we are all learning lessons, and it won’t take a documentary, newspaper article or hashtag campaign to make society pay attention in the future.

Michelle Pibworth is Associate Solicitor at Gullands Solicitors and can be contacted m.pibworth@gullands.com