What can employees do outside of work? 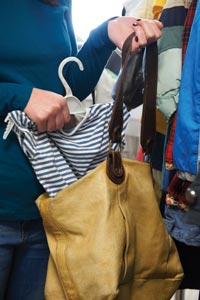 The lines between work-life and home-life are becoming increasingly blurred and there are more and more examples of the two worlds colliding with damaging repercussions for both employers and employees.

This is partly due to the usual suspects like Facebook, Twitter and so on but also the fact that employers can be held responsible for employees’ actions outside of work, for example incidents of harassment taking place at an office party.

Subject to a few exceptions, an employee is generally free to do as they like in their own time.  Exceptions include cases where:

•  The activities would bring the employer into disrepute, for example an employee insulting their employer’s customers on social media.

•  The activities being linked to the job in question, for example a bank employee caught shoplifting or a delivery driver in a motoring offence.

Aside from the point above about working for competitors, it may come as a surprise that once an employee has clocked-off there is no general prohibition on them working elsewhere.  Employers would be well advised to prevent this in the employment contract or to at least include a clause requiring employees to seek written consent to work elsewhere to ensure that employees’ efforts are devoted to the business.

There is a grey area when an employee intends to leave employment and go it alone.  The court’s stance in these cases generally, is that it is acceptable for an employee to begin to take preparatory steps with a view to setting up a business, but that taking steps in relation to the employer’s territory such as approaching its clients would not be acceptable.  The problem is that the line between preparatory steps and active steps is often not clear.  Employers should seek advice as to the terms that can be included to try and minimise this risk with their key or senior employees.

A question that we are often asked is whether it is acceptable to carry out surveillance activities in cases of suspected wrongdoing.  There are cases where employers have used surveillance, for example to record an employee who was filmed on five separate occasions leaving work early to go to the gym.  However employers would be well-advised to seek advice before taking action in specific circumstances.

•  Ask all pertinent questions at the interview stage to make sure that you have all the information you need.  It is fine to ask whether a potential employee has criminal convictions.

•  Consider including contractual terms allowing for example monitoring of emails or to submit for drug testing.

•  Have in place a clear policy on social media so that employees know what is and is not acceptable.