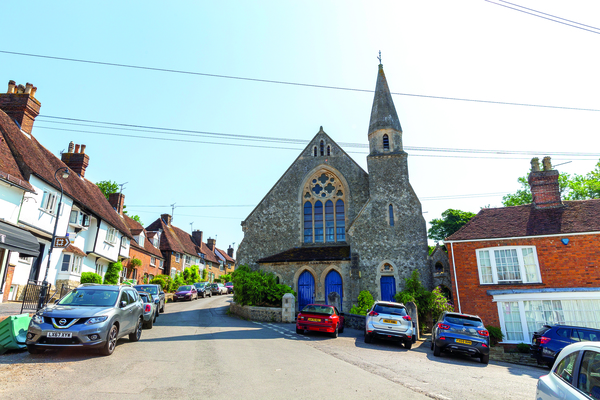 Anyone driving though the beautiful village of Sutton Valence can’t fail to notice the old chapel building, which houses the art rooms for Sutton Valence School.

Now called the Gulland Hall, its future looked bleak until it was bought by Old Suttonian Blair Gulland and his wife Tikki in 1976. At the time, the young couple bought a collection of old buildings in a fairly ramshackle state in the village – The Manse to be their home and with it came the old chapel.

Blair Gulland comments: “The Gulland family have a long association with the school, which is how the building became part of the school estate. My father John Gulland was at Sutton Valence with a number of boys who went on to achieve great things in life including Sir Charles Groves CBE, (1932 Westminster), whom the Groves Hall is named after and Sydney Wooderson MBE, (1933 Westminster) ,whom the Wooderson Hall is named after. My father was also at school with Peter Grafton CBE, (1933 St Margaret’s), who during the 1970s was the Chair of the Governors at the school. The donation of the chapel to the school was a great achievement for my father, especially as he recalled a particular school master telling him and these other great names that none of them would ever amount to much.”

“The Gulland Hall helped to encourage the artistic interest in my own family and my youngest son Theo spent many hours there and developed a love of art at the school. I hope in the last 30 plus years, the Gulland Hall has inspired many other pupils to go on and achieve great things in the arts.”