To have and to hold, till death do us part? but not without a pre-nup! 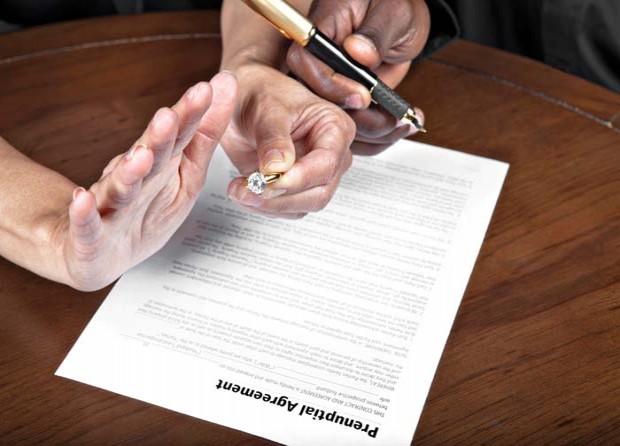 On the 27th February the Law Commission released their report on ‘the future of financial orders on divorce’ and solicitors around England and Wales were eager to find out about the much-anticipated recommendations regarding the future of pre-nuptial agreements.

The results… ‘qualifying pre-nuptial agreements’ should be legally binding subject to a strict set of preconditions being met.  This would in effect mean that such agreements would be enforceable contracts between the parties and would not be subjected to the Court’s assessment of fairness and its application of discretion, when deciding how matrimonial assets should be divided upon the unfortunate breakdown of a marriage.

The proposal seems to offer parties much more predictability and potential security however, on the flipside, there are also potential risks to parties who perhaps enter into a pre-nuptial agreement at a point when everyone intends that the marriage will continue.

The Law Commission has considered the potential risk that parties may be vulnerable to optimism and potentially pressure, whether deliberate or not, when entering into pre-nuptial agreements.  For this reason, they have recommended that, whilst ‘qualifying pre-nuptial agreements’ should be enforceable as contracts, neither party should be able to make contractually enforceable agreements which irreversibly deal with their future needs for housing, childcare, income or any other aspects of ‘financial needs’.

In essence this means that parties will be able to enter into agreements which will determine how some, or all, of their property is divided.  However, parties will still have the option open to them to issue an application at Court for a Financial Order should they discover upon the breakdown of their marriage that the agreement they had previously entered into does not in fact meet their ‘financial needs’.  Moreover, the proposal to make ‘qualifying pre-nuptial agreement’ legally binding will not remove the Court’s powers to make financial orders to meet the parties’ ‘financial needs’, even if such an Order goes against the terms of the previously agreed ‘qualifying pre-nuptial agreement’.

It would appear that the proposed reforms may be welcomed by those who are able to meet their needs independently of one another and who have assets they wish to protect from sharing, (for example couples marrying later in life or parties with inherited property they wish to protect).  However, it also continues to provide security to those whose financial needs may outweigh the existence of any assets because ‘needs will inevitably continue to trump a pre-nuptial agreement.'