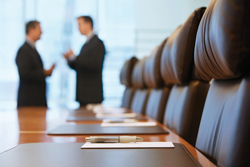 The Employment Appeal Tribunal (EAT) has overturned a recent Employment Tribunal case that held time spent by a Health and Safety rep and a union rep attending union meetings between shifts could be working time within the meaning of the Working Time Regulations 1998.  The Employer’s unsuccessful argument was that the employees were not ‘at the Employer’s disposal’ or carrying out their ‘activities or duties’ during the meetings.  The EAT held that the Tribunal had applied too restrictive an approach to the meaning of those words and in the circumstances they could include an employee attending a union meeting at a time and place dictated by the employer.  They deemed that the activities in a broad sense were at least partly for the employer’s benefit.

This was the first EAT decision on whether time spent union meetings or health and safety meetings counted as working time.  However the case is by no means authority that this will be the case.  Commentators say that the decision related to health and safety reps and shop stewards and did not relate to individual union members or other employees attending such meetings.  The meetings in question here were held at a time and place determined by the employer and therefore were directed by them.  It also involved a case where an employer recognised a union.  It is already well established by statute that employee reps are entitled to time off for carrying out their duties.

It is expected that unions may well renegotiate their terms and conditions with employees to widen or clarify the scope of union duties that constitute union time in a collective agreement in light of this case.