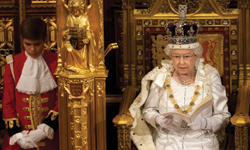 The Queen’s Speech took place on 27 May 2015. Aside from the EU Referendum Bill and the proposed replacement of the Human Rights Act with a British Bill of Rights, employment related measures include:

Trade Unions Bill
With the aim to protect public services from disruption and reform trade unions by:

Immigration Bill
With the aim of reducing demand for skilled migrant workers and cracking down on the exploitation of low-skilled workers by:

Full Employment and Welfare Benefits Bill
The Government intends to create 3 million new apprenticeships over the next Parliament.  Ministers will be under a statutory duty to report annually on their progress towards achieving full employment and meeting the new apprentices target.

Childcare Bill
To increase the provision of free childcare for eligible working parents of three and four year olds to 30 hours a week for 38 weeks of the year.

Extremism Bill
As part of a package of measures to defeat extremism, employers will be able to check whether an individual is an extremist and bar them from working with children.