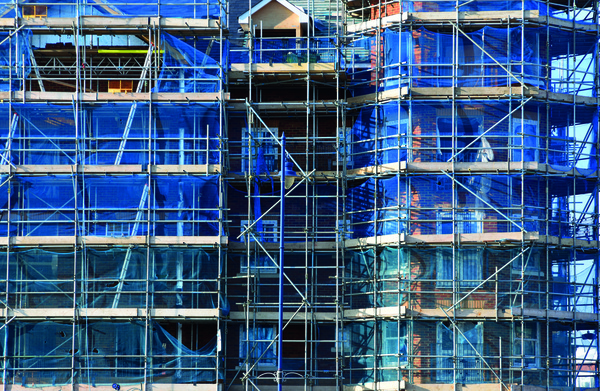 This article looks at the Health & Safety Executive’s enforcement priorities and the statistics behind them.
We illustrate these with recent sentencing examples - and initiatives which respond to HSE concerns.

The priorities and the statistics behind them

In 2018-19 construction accidents claimed the lives of 30 workers and 7 others.  This is a terrible toll, but is dwarfed by the number of deaths caused by ill health.  The HSE puts these at 1,100 per annum due to the likes of silica dust, UV, diesel exhaust and painting.  A study of suicides reveals 450 construction workers took their own lives in 2016 – three times the national average for men.  Asbestos exposure claimed another 2,600 lives.  In light of these statistics, the HSE’s sector plan of 2017 set out to:

-    Embed the principles of the Construction (Design & Management) Regulations 2015

Embedding the Principles of CDM

Principal contractors under CDM are often prosecuted over failings in planning, managing and monitoring under Reg 13 CDM.  Clients also have duties, including making suitable arrangements for managing a project, but prosecutions are rare.  There was one recently however, involving poorly planned demolition works. The HSE commented that the CDM client (a developer called TGD) set the tone on site by its lack of arrangements to ensure the demolition was safe or to ensure the principal contractor was complying with its legal duties.

We represented a principal contractor in 2017, where a powerful CDM client “called the shots” on site.  Rather unfairly in our view, it was only the principal contractor who was prosecuted.  We are therefore glad that the HSE acknowledges the influence that a client can bring to bear on a project - and will prosecute where that influence can be shown to have impacted on safety.

CDM is also about design. Can design make
a project safer?

-    Researchers at Glasgow Caledonian University have found half of construction accidents relate to building design.  They have responded with a new digital design aid to predict risks and prevent the same old mistakes that cause accidents and ill health from being repeated.  The 2018 construction sector deal on Industrial Strategy echoes this, predicting such technology and building information modelling (BIM) will lead to safer-designed buildings with better safety materials and building safety systems.

-    Chartered RIBA members must now pass a new health & safety test to equip them in their design role (which may include that of principal designer under CDM).

-    CONIAC Work at Height Group calls for more offsite production to avoid working at height.  A case which the writer was involved in illustrates why this matters.  Workers had to fix gratings to a frame.  It was supposed to be done at ground level, but ended up being done at height, with the result a man fell 34 metres and died.

The HSE cites the statistics above and more days being lost from ill health than injury to support their “push” on ill health.

To illustrate, a prosecution for failing to control vibration risk would once have been unusual, perhaps resulting in a fine of £10,000 - £20,000.  However, following new sentencing guidelines, such failings led to a £200,000 fine in Asset International. Recently Places for People were fined £600,000 after five employees developed hand-arm vibration syndrome (HAVS).  Similarly Go Stonemasonry were fined £18,000 over insufficient dust extraction, leading to an employee contracting silicosis.

The sector plan commits HSE to promoting a Construction Health Risk Toolkit (CHeRT) described as a self-assessment tool for managing health risks.  The aim is to get employers to approach a health risk in the same way as safety risk.

The sector plan says most fatalities involve small businesses and nearly half of all reported injuries occur in refurbishment activity.  In a terrible example of this, two migrant workers died after paint thinners ignited, which they had been given to remove old carpet tiles.  The owner and director of the refurbishment contractor, Simon Thomerson, was convicted under Section 3 (1) HSWA and sentenced to eight months imprisonment.  Investigations found Thomerson gave no thought to whether the thinners could be used safely.  A cursory risk assessment would have identified the danger.

The HSE’s leadership and worker involvement toolkit (LWIT) is intended to help small businesses improve their health & safety performance and doing this will bring additional benefits to… overall business and business performance and productivity.  See the five case studies on the LWIT pages of the HSE website.

Anyone unconvinced by the business benefits of improving health & safety should bear in mind that non-compliance has a cost as well. The HSE’s latest construction statistics put this at a colossal £1.2 billion per year, based on 2 million working days lost.  Of these 81% were due to ill health, not accidents, hence HSE’s new focus on the “health” part of health & safety.

Andrew Clarke can be contacted at a.clarke@gullands.com