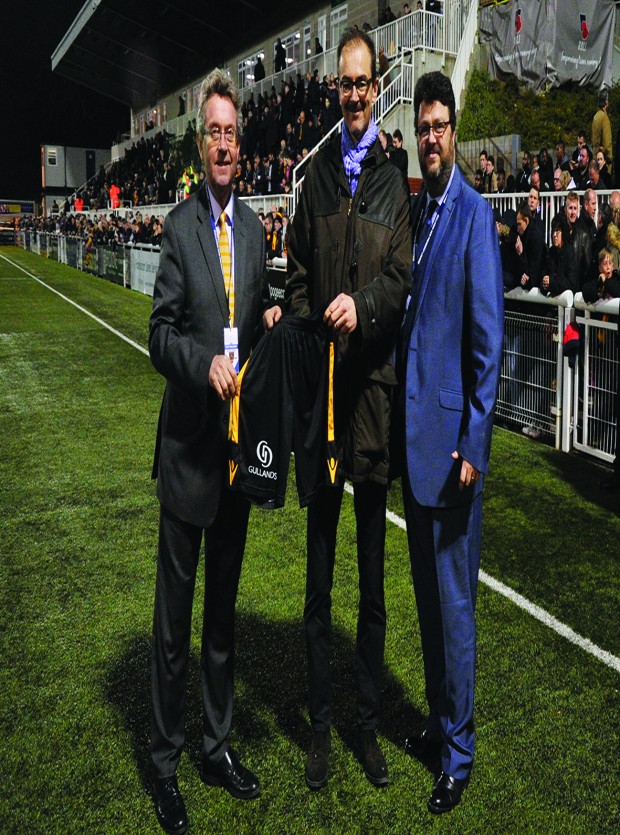 Gullands Solicitors is delighted to be one of the main sponsors of Maidstone United Football Club and as the team has begun the 2016/17 season promoted to the National League, the club is now turning its attention to fundraising for a new stand.

In order to increase the capacity at the Gallagher Stadium, the club is planning to build a new stand at the north end of the ground. Over the summer it has launched a new fundraising initiative, Stand up for the Stones, to raise £50,000 towards the cost of the new stand.

Oliver Ash, co-owner of Maidstone United comments: “Given the club’s rapid promotion, the need to expand the stadium has been greater than can be financed by yearly profits, despite the growing fanbase. Most of the funds required for the project will be provided by the current owners but the target is for supporters to raise at least £50,000 towards building costs. The donations are a way for supporters to show they back the club in its efforts.”

The club plans to call the new stadium The Fans’ Stand and there are
a number of ways that supporters can get involved http://www.maidstoneunited.co.uk/standupforthestones/

The club has also this summer laid a brand new 3G pitch, which allows its facilities to be used daily.

“We are now in our third year of sponsoring Maidstone United and the team has done fantastically well in its promotion through the leagues. We have increased our sponsorship commitment this year to help fund the further expansion at the club. As well as continuing to support the Gullands Lounge and our many adverts around the ground, visitors to the club will now see a brand new car park sign when they arrive at the club.”

“The club has become a really central part of the town once again since it moved into the Gallagher Stadium in 2012 and it is running many fantastic initiatives for developing Academy, Youth, Ladies, Girls and also the Raiders teams for players with disabilities. We are very pleased to continue our support for Maidstone United and wish them a successful season in the National League.”

Gullands Solicitors’ support for the club also extends to holding a number of networking events and seminars in either the Spitfire Lounge or the Gullands Lounge each year. Given the stadium’s central location in the town, it is very easy to get to and with great facilities, it is perfect for hosting events for clients and contacts of the firm.