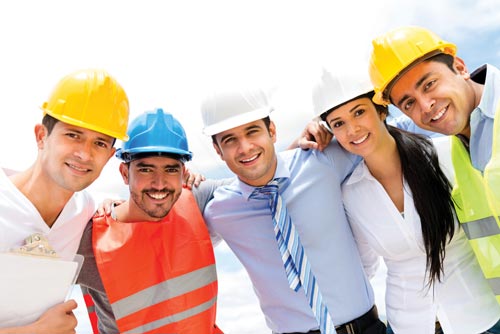 Whilst contracts for labour can be drafted to provide for self-employment as opposed to employee or worker status, in cases of dispute it will not only come down to what the contract says, but what actually happened during the contract.

The question as to whether an individual is an employee comes up time and again in Employment Tribunals and it is not always easy to answer.  The contract may be disregarded as a sham if it does not reflect the reality of the working relationship.  There are lots of factors which indicate employment, and it is impossible to list a clear set of definitive criteria.  Even if an individual is found not to meet the threshold for employment, then he may nonetheless be found to be a worker, as opposed to an independent contractor.

The category of ‘worker’ falls somewhere between employment and self-employed status.  Whilst worker status does not carry unfair dismissal rights, it does include the right to be paid holiday.

The situation usually becomes an issue when an individual who is supposedly self-employed is let go, and then in response lodges a claim for unlawful deductions from wages or unfair dismissal, trying to establish that although the contract may say one thing, they are in fact an employee or failing this, a worker. So what can you do to protect yourself from this situation with a disgruntled ‘subcontractor’?

Firstly have a written contract in place which clearly defines the role and then make sure that you act in line with the contract.

According to case law, the three key characteristics of employment are mutual obligations, personal service and control.  This basically means that the company is obliged to provide regular work and the individual is obliged to be personally available to do the work.  The company controls what the individual does, how and when they do it.

There are other elements indicating employment status such as exclusivity, where the individual needs permission to work elsewhere.  As to pay, payment of a fixed amount regularly, irrespective of completion of a task will point to salaried employment.  They may receive benefits such as a pension.  Integration is relevant, for example a company e-mail address or business card and the wearing of a company uniform, and may point towards employment status.

It is well known that the power to send a substitute to a job implies self-employment.  Whilst we can draft a contract confirming
that the individual can send a substitute, this is often not an attractive proposition to companies.  If in reality there is no intention to allow the individual to send someone in their stead, then the clause may not be taken into account by a Tribunal when assessing employment status.  The clause can be drafted so that the company has the power to veto the choice of substitute, but this can make the situation less clear.

The tax position is an indicator, but is not conclusive.  In a construction context (a contract relating to construction operations, which is not a contract of employment) the Construction Industry Scheme applies, and employers need to verify contractors’ status under the Scheme, and pay accordingly.  There is not time here to go into the ins and outs of the Scheme, but it is the employer’s responsibility to ensure that the employment status of their contractors is correct and there are various penalties under the Scheme for getting it wrong.  Whether an individual is an employee is a matter of law and depends on the facts and the terms of the agreement.
In qualifying contracts, a subcontractor should only be paid gross following verification of the individual’s details.

It is always sensible to seek advice at the outset to ensure that the relationship is correctly defined and recorded to avoid issues later.