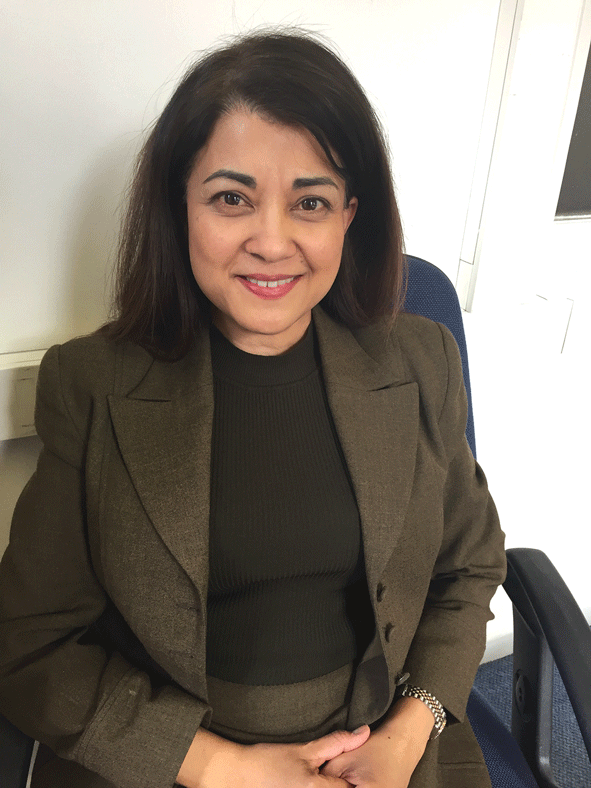 Areas of expertise:
I am part of the Commercial and Corporate team here at Gullands specialising in commercial property matters and commercial contracts, for example drafting terms of business and advising on supplier contracts. Within the commercial property sphere, I deal with business conveyancing, leases, easements, development agreements and support the corporate department in transactional work.

Wearing my charity law hat, I advise on charities’ governance issues like charity structures, trustees’ duties, interpretation of governing documents, compliance with the Charities Act 2011 and Charity Commission applications. Charities now have to run themselves almost as commercial businesses in order to ensure long term success. Hence a solid knowledge of commercial law is of great advantage when advising a charity or those wanting charitable status.

When and why did you move to Gullands?
I initially joined Gullands in 2003 after taking a 3-year career break when my second child was born. I left 6 years later and had a stint working at a property management company before deciding that I wanted to go back to private practice. I re-joined Gullands last year. I must say I have eased back into the role more easily than I had anticipated thanks to the friendly support from my team members. Although it has its roots as a high street firm, Gullands covers wide areas of specialism from corporate mergers and acquisitions to meeting the basic needs of the man in the street such as preparation of a Will.

What’s been your biggest career lesson and why?
The one thing they do not teach you at law school (or certainly did not during my time!) is how to deal with and manage clients’ expectations. We know the law and how to apply it but over the years I have learned that understanding the client’s needs, goals and motives are most important when trying to negotiate terms and when providing advice generally. It’s a balance between commercial realism and abiding by the constraints of the law. Lawyers are generally risk averse but we must understand that risks are an integral part of a client’s business dealings and we have to look at things through their eyes as well.

If you weren’t doing this job what would you be doing?
Investigative journalism. Being brought up in the Far East, in those days, parents expected you to do law, medicine or accountancy. Hence I went into law.  However I have always loved writing even as a child. I think I would enjoy getting stuck into uncovering a story and reporting about events as they unfold, travelling to places on fact finding missions and presenting the finished story to the public.

What was the biggest change in practice that you noticed since coming back to the law?
The biggest change is the huge advancement in online support for the practitioner returning to work. Where,
as recently as 5 to 10-years ago, reference books were a solicitor’s main tool of the trade, today it would appear my mouse is my main tool to access relevant online resources.

The other big change is the extensive use of email communication which has its drawbacks.  People expect immediate replies to emails and hence there is pressure on a busy practitioner’s time which could otherwise be spent more productively. Further, with such heavy reliance on online communication and resources comes a threat of cyber attacks on which all business including solicitors have to keep a close and vigilant watch.

Hobbies:
Travelling has to be number one on the list. I love active holidays like mountain trekking and exploring new places. In 2014, I reached the summit of Mount Kilimanjaro and am planning to hike Machu Picchu in Peru next year.

I live out in the country and enjoy long walks in the woods with Eddie my Labradoodle. Come rain or shine we are out every weekend. I also enjoy playing the piano although, sadly, I have not had as much time to devote to it as I would like.

Marianne Webb can be reached at m.webb@gullands.com