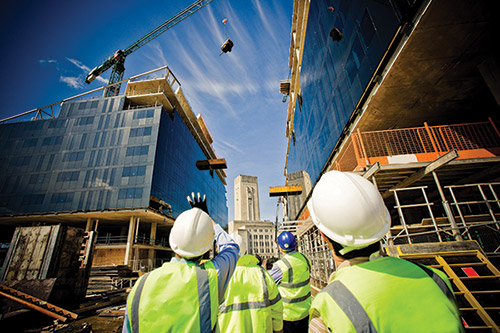 It is long established that a party’s failure to issue a payless notice means that the sum applied for becomes the ‘notified sum’, (see section 111 Construction Act and the case of ISG Construction Limited v Seevic College). An adjudication where the party seeking the payment relies on there being no payless notice is known as a ‘smash and grab adjudication’. Any attempt in a second adjudication to have a valuation of the same application would fail. If it was an interim payment, then the paying party would have to ensure that the relevant payment and/or payless notices were served on the contracts next due date. In relation to final accounts following termination under the JCT Immediate Form Contract, (as in the case of Harding v Paice), the parties are entitled to adjudicate in order to determine the correct value of the payees claims and counter claims. In respect of other final accounts, it was unclear whether ISG v Seevic applied to all final accounts.

The case of Kilker Projects Limited v Purton has clarified that where an adjudicator has found that a payer must pay up following his failure to issue a payment notice and payless notice against the final account, the payer is entitled to refer the merits of that valuation for determination in another adjudication. In other words, there is a difference between final payment and interim payments. The Construction Act 1996 and the scheme regulate payment and cash flow, but do not decide the true substantive entitlement to payment under the contract on a conclusive basis. The statutory regime was pay now and argue later.

Kilker were a main contractor and employed Purton a joinery subcontractor to carry out works at the Dorchester Hotel. Kilker had lost an adjudication on a final payment claim by Purton because it failed to give a payment notice. Kilker paid the notified sum following enforcement proceedings in the Technology and Construction Court (TCC).

Subsequently Kilker decided to adjudicate the substantive valuation of the final account, in other words to have a decision made on the proper value rather than be stuck with paying the notified sum after the smash and grab adjudication. Purton argued that the adjudicator had no jurisdiction as the previous adjudicator had already decided the same or substantially the same claim, in respect of the final payment and the principle in ISG applied, so that Kilker was deemed to have agreed the valuation of the final account because it had not given a payment notice or payless notice.

The adjudicator in the second adjudication had ordered Mr Purton to repay Kilker around £55,000 and to pay his fees. In the TCC Mr Purton’s arguments lost and the Judge said that the Construction Act and the scheme do not affect the ultimate value of the contract sum that the parties have agreed as a price for the works and/or services provided. Very clear words would be required if Parliament intended to impose a scheme that would interfere with the commercial value of the bargain freely negotiated by the parties.

So the final sum due to either party in the contract is based on the enforcement of their contractual bargain and not a value established following a failure to issue the correct notices.

David Brown can be reached at [email protected]