Running for a good cause

Gullands Solicitors was delighted to sponsor Susie Butler who took part in The 2019 London Marathon, her first marathon which she ran to celebrate her 40th birthday and to also raise funds for The Dementia Revolution.

Susie is the Estates Manager at Hidden Hearing, a Maidstone organisation and Gullands’ client. Hidden Hearing also support Alzheimer’s Research UK and the work that they do to try to find a treatment and ultimately a cure for Alzheimer’s.

This year ARUK and The Alzheimer’s Society have teamed up for a year-long campaign called The Dementia Revolution. The Dementia Revolution is the 2019 headline charity for the London Marathon and they have made a great film to say thank you to the 2,000 London Marathon runners like Susie, who have helped them to raise over £3m. www.dementiarevolution.org Susie has personally raised £3,300 https://uk.virginmoneygiving.com/SusieButler 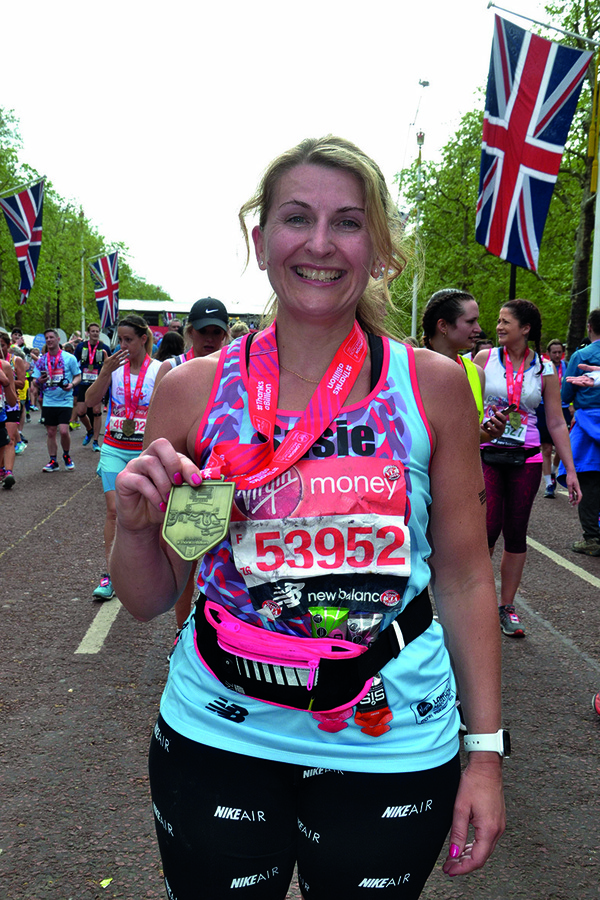