Reflecting on the success of the Almshouse Association 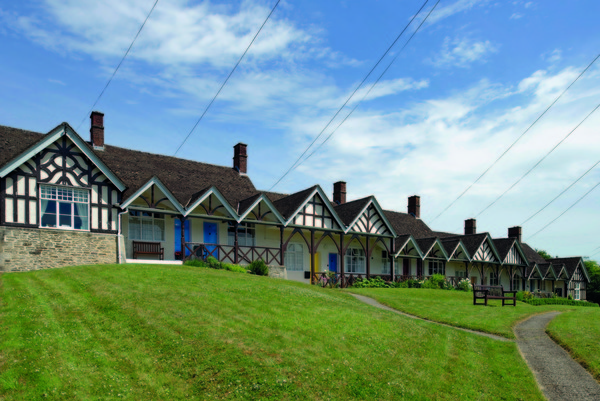 I joined the Association as Trustee more than twenty years ago, succeeding my uncle who served before me. As I reflect on my time in office both as a trustee and latterly as Chairman, I think it appropriate to draw attention to some of the key milestones that the Association has chalked up its recent past. Although numerically the Association is small, employing less than ten full or part time staff, it has a substantial membership of more than 1,600 independent charities (30,000 almshouses), and a broad remit in terms of its national responsibilities.

Many will remember the Service that was held in 2006 at St. Paul’s Cathedral to mark the Association’s 65th anniversary. Over four thousand representatives of the almshouse movement attended, and although sadly our Patron was unable to come at the last minute, the Service was attended by the Lord Mayor of London; the Livery Companies processed, and the Archbishop of Canterbury ,the Right Reverend Dr Rowan Williams, gave the Sermon. A memorable aspect was the very poignant story told by a resident of the Sheppard Trust who spoke of her retirement as a missionary, and how she came quite by chance to find a home in the almshouses. For me it epitomised the almshouse story.

In the same year, the Association established the Almshouse Partnership, the forerunner to the Almshouse Consortium both of which have enabled members to bid for social housing grant for development. These two programmes have been very successful and together have generated substantial grant funding, including nearly £2m for the Charity that I was involved with, Cutbush & Corrall.

Much of the Association’s direct contact with members arises from the training seminars that take place annually across the country. They enable delegates to listen to outside speakers on topical subjects; to meet each other and of equal importance, to tour the almshouses of the host charity. This is invariably a popular feature as there is always something one can learn from others. Many of you will be aware that in recent years the Association has encouraged the creation of local meetings where charities can meet informally for a couple of hours to talk though issues of concern, and seek the advice from the Association. These have been a great success and hopefully more will spring up and help connect people.

The Association has been actively fundraising for some years as a means of strengthening its interest free loan scheme, and I know that during my time as Chairman, we managed to lend record amounts to our members thanks to our success at growing funds.

Another strand that has borne fruit in the last few years has been the Association’s achievements in lobbying Government to offset the impact of legislation and regulation. The most notable example was obtaining an exemption from the Right to Buy which might otherwise have had a serious impact, but other achievements such as an exemption from an income cap were especially beneficial to our larger charities, which stood to lose substantial funds. There is no doubt in my mind that this quiet diplomacy has had a very beneficial effect.

For all of us who have been intimately involved with almshouse charities for many years, we know the benefits that almshouses bring to their residents. Our task collectively is to ensure that the Government, the charity sector and the general public understand and value the contribution that they make to our national life, and that almshouses that have served the Nation for hundreds of years continue to flourish and adapt to meet the demands of 21st century living. For my part. I have found it a privilege to have been closely involved both as a former clerk and trustee, and I wish the almshouse movement every good fortune in the future.