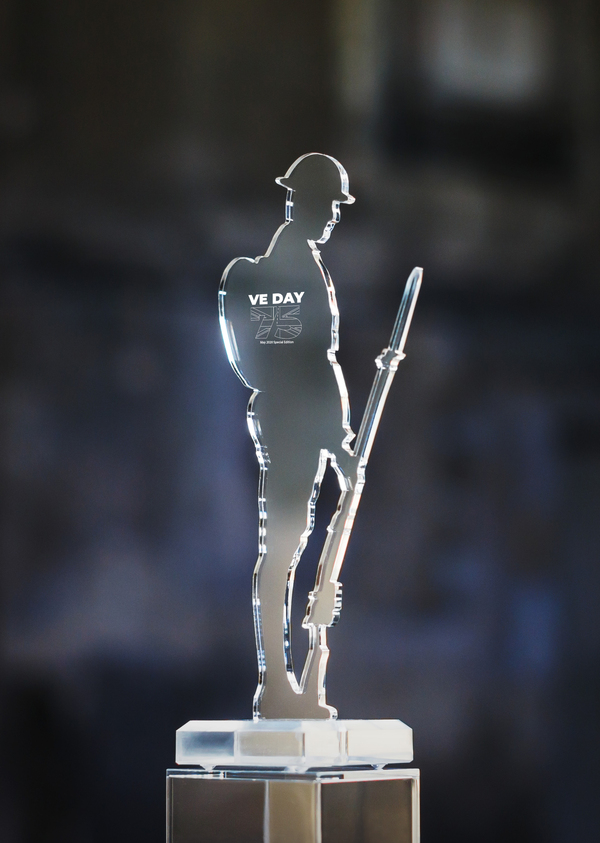 With good news seemingly in short supply we wanted to bring you some great news of the successful fundraising campaign by Aylesford charity and Gullands client Royal British Legion Industries. Ahead of the 75th anniversary of VE Day on Friday 8 May they launched The VE Day Tommy in the Window campaign which has been widely covered by local and national press and broadcasters and they have now sold over 25,000 special edition Tommies and window stickers UK wide. On the 4th May alone sales totalled a staggering £137,000, taking the overall campaign total to £504,000.

Lisa Farmer, Director of Strategic Development at RBLI commented: “In a news agenda which is dominated by very distressing and stressful stories we are delighted that our campaign is helping to lift the mood and is giving people a chance to mark the day at home. On top of this, over 4000 people engaged with our live “sing along” on 4th May on Facebook- @Royalbritishlegionindustries and people are still downloading activity packs. There is no doubt that giving people a safe way to do something at home, and still feel involved and connected is the right thing to do.”

Blair Gulland who is also a Trustee of RBLI comments: “The team here in Kent have done an amazing job to produce these Tommies and to facilitate a social media campaign go get people involved. It is a great shame that we will all commemorate VE Day in our homes, but we can still all take part and support this campaign to help today’s service men and women.”

You can hear about the success of RBLI’s “Tommy in the Window” campaign on this clip from BBC South East from 4 May 2020 https://youtu.be/bCdtwk9Je8E