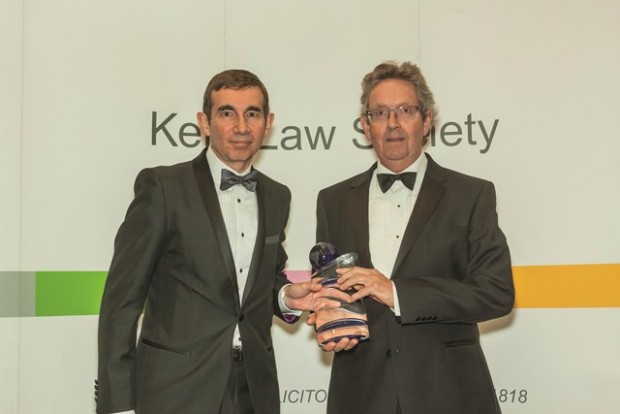 Blair Gulland has been shortlisted for the 2017 Solicitor of the Year, Private Practice, part of the Law Society’s national Excellence Awards 2017.

The awards are entered by hundreds of solicitors and firms from across England and Wales and to be shortlisted as a finalist is a considerable achievement.

This follows Blair’s Outstanding Achievement Award at the Kent Law Society Awards in May 2017.

That award was made for Blair’s work (and pro bono work) for clients in the charity sector, in particular the almshouse sector, which is helping to shape the approach to managing social housing for the future, in Kent and nationally.

Blair was the Chairman of the Almshouse Association for three years (2014-17) and is co-author of Standards of Almhouse Management. Blair advises organisations on a range of legal issues including facilitating the building of new almshouses, some with care facilities. Blair has extensive connections in the sector with charity finance, private funders, the public sector plus 41 years’ experience in land and property sales and purchases. He has helped create the template for successfully managing almshouses, resulting in several organisations he works with receiving other properties by transfer from other organisations.

“It is a great honour to be nominated for a national award by the Law Society. I was absolutely delighted to have been awarded Kent’s Outstanding Achievement Award earlier this year, so I’m very pleased as this will put a spotlight on our work with the charity sector here in Kent. There are many challenges and opportunities for charities in the Almshouse sector and I’m very pleased to work with a number of them not just here in Kent, but nationally, to enable them to grow further.”

The awards are announced at a black-tie dinner in central London on Thursday 19 October 2017.