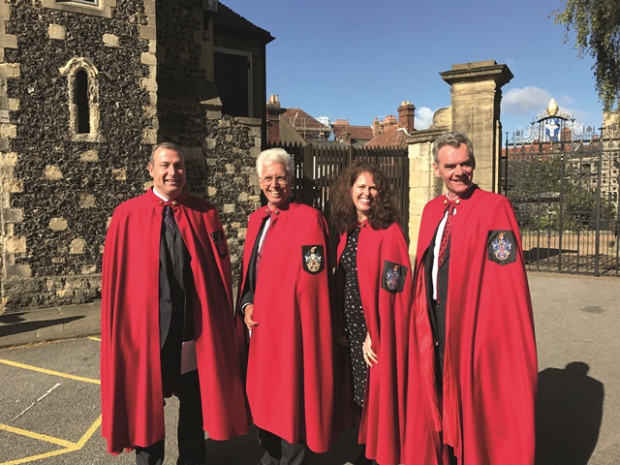 One of the official tasks of the High Sheriff of Kent is to organise the annual Justice Service and Gullands’ Alex Astley and Dudley Cramp attended the service at Canterbury Cathedral in their roles as Notaries Public.

A Notary Public is a public officer appointed by the Court of Faculties of The Archbishop of Canterbury. The Faculty which is granted to each Notary Public on admission enables him or her to draw, attest or certify under his official seal, for use anywhere in the world, deeds and other documents including Wills, conveyances of real and personal property and powers of attorney.

Authentication of documents under the seal of a Notary Public will render them acceptable to the judicial or other public authorities in the country where they are to be used.

In addition to sealing by the Notary Public, many documents need to be legalised. This is the procedure by which the state authority of one country satisfies the state authority of another country that the signature of a public officer such as a Notary Public is genuinely his or hers. In many cases, the addition to the document in question of an Apostille sealed by the Foreign Commonwealth Office is sufficient.

Examples of Notarial acts include: