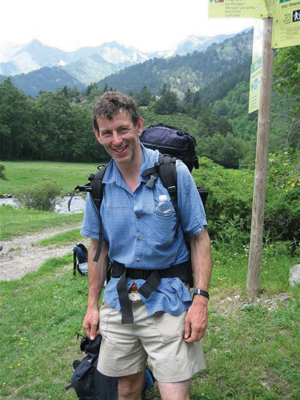 Areas of expertise:
Litigation - but people now call it dispute resolution.  All litigators like the cut and thrust of their work and the variety of disputes which you see.

I specialise in accident and health & safety cases.  This means I could be advising on the civil claim for damages, the criminal prosecution which might be brought by the HSE (Health & Safety Executive) or a similar body, or attending the inquest if there has been a fatality.  I have represented accident victims in personal injury claims for fifteen years and before that represented defendants.  My injury work extends to occupational disease such as asbestos.

I advise on commercial disputes and am a fan of using mediation to sort cases out early on.

When and why did you move to Gullands?
Very recently indeed - on 1st September.

I have always been aware of Gullands’ reputation as a traditional, dependable and friendly firm and that was apparent from the moment I met several of the partners earlier this year.

Turning to my ambitions for health & safety and regulatory work the move was an obvious one, as Gullands is unique among local commercial firms in having respected criminal and regulatory expertise, of long standing.  Part of my role will be to build on that and enhance the regulatory defence services we offer to clients.  With businesses having to contend with all sorts of regulation by bodies like the HSE, Environment Agency, Trading Standards and so on we expect to see this area grow.  I am also looking forward to doing niche work advising businesses on injury and disease claims for which they are unable to trace insurance cover.

What’s been your biggest career lesson and why?
Rigorously assessing the merits of your side of the dispute right at the start and doing a case plan based on that.  Better to spend a bit of extra time on day one than a lot of time disentangling yourself months later.  My second one would be to find the independent witness who holds the key to the dispute.  There is nothing more satisfying than serving the unexpected statement that sinks your opponent by setting the record straight.

If you weren’t doing this job what would you be doing?
If I hadn’t gone into law I expect I would have taught like most of my family - maybe French and German, plus a bit of rugby coaching and an occasional school play.  But if law and lawyers were abolished tomorrow, I would go and run a country pub.

Which changes to the law would you most like to see?
Sticking to my area of law, the rule that as of 2012 companies acquitted following a criminal prosecution cannot recover any of their legal costs, even though they have won and may have paid heavily in legal fees for their defence.  There are also significant restrictions on what an individual defendant can recover, after a successful defence.  It is unfair a defendant should be left dramatically out of pocket, after being found not guilty.

Hobbies:
Mainly I support the sporting development of my children who are into ice-skating and riding rescued ponies.  I am also kept legally busy by one or two local clubs and organisations.   However given time and left to my own devices I would be off hill walking, or sailing my Miracle dinghy on the Medway.

Andrew Clarke can be reached at a.clarke@gullands.com