Korfball is an exciting and fast past game and we are delighted to have a champion player working here on the Gullands team.

Ashley Warner has been playing the game since she was aged 10 and now aged 23, she is part of the team who won a bronze medal in the 2018 league and earlier this year her team also won the Kent Cup.

The teams are made up of four male and four female players and it takes place on a rectangular 40m x 20m pitch with a netball style goal at opposing ends. The team who scores the most goals wins the match.

It is energetic and entertaining to watch and for players it is fast paced and requires speed and stamina, as well as the skills to score goals.

The sport is attracting many young players and it is growing in popularity here in Kent. The Korfball under 17’s World Cup was held earlier this summer in The Netherlands with a team from England and players from Kent taking part.  There are many opportunities to have a go and take part, especially for children and Ashley’s club the Tornadoes can be found on Facebook @tornadoeskca.

Ashley Warner comments: “I have taken part in some fantastic events this year and my next challenge is to play in Barcelona at a tournament called II Platja d’Aro Korfbal Cup in Platja d’Aro”.

Ashley is fundraising to take part in this event and Gullands is delighted to be sponsoring her. 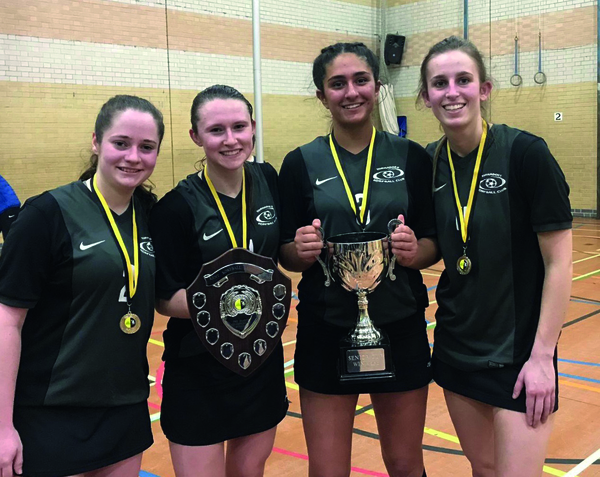