Blair Gulland (right) joined Graeme Hannington, (left) Head of Estates Development at RBLI to collect the KEIBA Award for Construction Project of the Year in June at the Kent Events Centre.

The Veteran’s Apartments project was created to support ex-servicemen and women who are not a priority for social housing or are in extreme need due to disability or homelessness. The £4 million project forms the first phase of the RBLI’s plan to build a Centenary Village near Maidstone, which will create nearly 100 homes for veterans and their families.

Currently, there are 24 apartments situated in Hermitage Lane which have been funded through the initiative. The build was approved by RBLI trustees in 2014, and the two apartment blocks were officially opened in 2017. 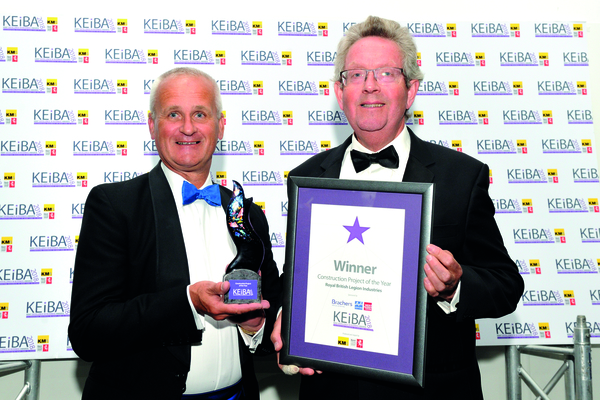