Impact of health and safety sentencing guidelines on the construction sector 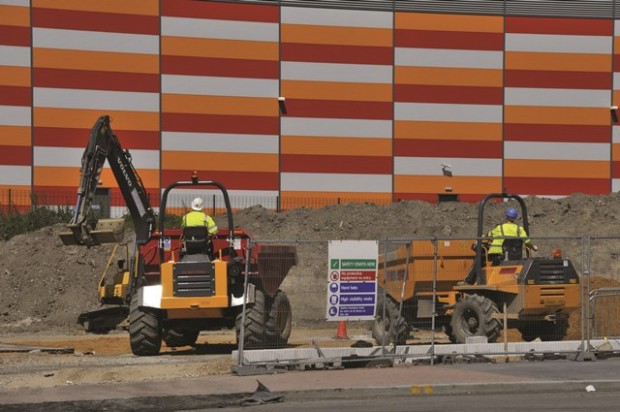 There have reportedly been as many £1 million plus fines since 1st February 2016, as there were in the previous 20 years. Balfour Beatty have set aside a £25 million “reassessment of potential liabilities on historical health and safety breaches”. All this follows new sentencing guidelines, featuring:

We look at the impact of the guidelines so far:

MJ Allen Holdings had a “near miss” when an employee slipped working on a factory roof. The potential outcome was death or life limiting injury and a medium likelihood of this occurring. This placed the incident in harm category 2. Turnover was in the medium bracket (£32 million in 2014) giving a starting point of £240,000. After a one third discount for a guilty plea, the penalty was £160,000, even though no one was hurt.

Demolition subcontractor Allan Thomson tragically ignored a similar “near miss” on a warehouse roof, only for not one, but two workers to fall from the same roof, the second to his death. Thomson received six years for manslaughter and his company was fined £400,000. The principal contractor was jailed for eight months and his company fined £90,000.

Faruk Patel was jailed for 30 months for gross negligence manslaughter after instructing a labourer to work near an open skylight. Scaffolders Ben and James Marshall received suspended prison sentences after a worker fell from a flat roof. Marshalls had removed a safety rail, replacing it afterwards to cover their tracks. Montway were fined only £144,000 after a similar fall, an apparently modest sum for injuries entailing three months in hospital, but probably in keeping with the guidelines for a £10 million turnover company. In Span Roofing Contractors, the main contractor was fined £65,000 under regulation 13(2) CDM 2007, following a seven metre fall. A director of the subcontractor company received a CSO.

Turning to employers who should know better, British Telecom were fined £500,000 after an engineer fractured his spine. He briefly managed to hold himself suspended, before finally losing his grip and falling. BT was fined £600,000 for two ladder falls, one leaving a worker partially blinded.

Lack of monitoring and health surveillance of workers using vibrating tools in Asset International was high culpability, because the breach had existed since the Vibration at Work Regulations came into force. The seriousness of harm risked fell into category B (substantial and long term effect) and the likelihood of harm was high, so the harm category was 2. This gave a starting point of £450,000 for a £12 million turnover company.

As it was at the lower end of the scale, the Judge set the starting point at £400,000. He reduced it by £100,000 due to a good safety record and subsequent improvements plus a further third off for a guilty plea. The resulting fine was £200,000, more than one might have expected for a control of vibration offence.

In September 2016 housebuilder Crest Nicholson was fined £800,000, after a foreman was struck by a HGV suffering life changing injuries, due to a failure to manage and monitor vehicle movements in breach of regulation 36 (1) CDM 2007. Finally mention must be made of the wholly avoidable overturning incident involving a dumper in MJL Contractors, resulting in a worker losing both legs. MJL Contractors were fined £200,000

Failing to act on previous incidents is an indicator of “high culpability”, so organisations must enforce systems of monitoring and review including near misses.

Finally, directors and senior managers should study HSE guide Leading Health & Safety At Work (INDG 417 rev1), especially operating a “living” health and safety policy. In other words, enacted daily on the ground and reviewed at least once a year.

Andrew Clarke can be reached at a.clarke@gullands.com