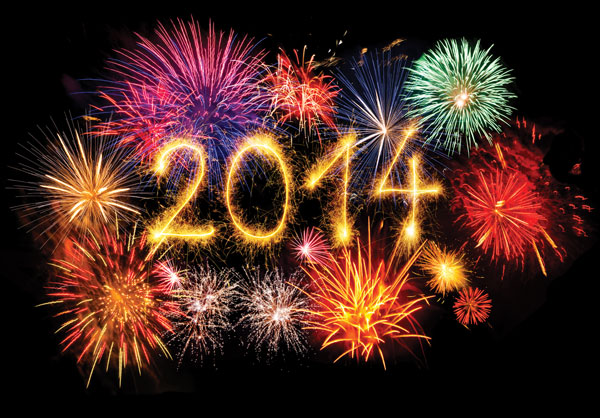 We would like to wish all of our friends and clients a Happy New Year and hope you had an enjoyable Christmas break.  The New Year brings lots of things to consider in employment law and here is our round up of what to expect in the months ahead.

The Government’s proposed amendments to TUPE are expected to come into force in January, as to which see our article on page ( 3 ).

April looks set to be a busy month with mandatory pre-claim conciliation to be introduced.  Employees will be required to submit details of their dispute to Acas before bringing a claim in the Employment Tribunal.  They will be offered pre-claim early conciliation for a period of one month.  If it is refused by either party or unsuccessful, the claimant will be then able to proceed with their Tribunal claim.

In addition to this is the introduction of financial penalties for employers who lose in the Tribunal. Tribunals will have the power at their discretion to impose a penalty on losing employers of 50% of any financial award, from £100 with a maximum cap of £5,000.  Also in April, discrimination questionnaires under the Equality Act are to be abolished. Later in the year, the Children and Families Bill should come into force.  Amongst other things including shared parental leave and pay (planned to take effect in 2015), this Bill introduces the right to request flexible working for all employees with 26 weeks service, i.e. not just parents or carers.  The complicated statutory procedure for dealing with flexible working requests is also to be abolished; with the requirement instead for requests to be reasonably considered.  For the current flexible working regime see our article here.

Changes to the sickness absence regime are also due to be introduced in the spring.  A health assessment and advisory service is to be set up to provide a state-funded assessment by occupational health professionals for employees who are off sick for four weeks or more.  It will also bring in case management for employees with complex needs to facilitate their return to work.  At a later date the Government intends to abolish employers’ SSP record keeping obligations, with employers to be allowed to keep records in a flexible way.

The Government expects to put a draft Bill before Parliament early in the year following its consultation on apprenticeships.  The aim is that from 2017 new apprenticeships will be based on new standards.

Acas is to amend its Code on handling disciplinaries and grievances in relation to workers’ statutory right to be accompanied to disciplinary and grievance meetings following a recent case.  Until now, the request had to be reasonable, so for example it would not be reasonable for the worker to ask to be accompanied by a fellow employee if their presence would be prejudicial.  However in a recent case, the EAT ruled that there is no requirement for the request to be reasonable, provided the companion falls into one of the approved categories.  The approved categories of individuals include trade union officials, union representatives or a colleague.  The Code is to be updated this year.

…….And no New Year update would be complete without the obligatory New Year’s resolutions, here are our suggestions:

1. Has everyone got an up-to-date employment contract?

Employment contracts are often shoved in a drawer and forgotten, but now is as good a time as any to check that your contracts accurately reflect current terms of employment.

2. How is your Staff Handbook looking?

Do your employment policies comply with recent changes in the law and are there any policies missing?  For example, are you equipped to deal with social media in the workplace?

These are months when having an adverse weather policy in place is a good idea so that staff know what to expect.

4. How are your sickness records?

Are there any employees on long term sick, or patterns developing with other employees, now is the time to check and put a strategy in place.

5. When did you last have an appraisal?

Appraisals are a good way of reviewing performance and checking staff satisfaction.