Already Platinum sponsors, Gullands have increased their support for the club by joining BriteLite and other partners in sponsoring the club’s new yellow and black football kit.

MUFC are slowly making headway after being promoted to the national league South in 2015, and qualifying for the first round of the FA Cup.

The team is currently placed third in the Vanarama National League South, with 73 points in total and had a total of 23 wins this season.

Blair Gulland comments: “Maidstone United is our local team so we are extremely proud to continue sponsoring and supporting them. The team is going from strength to strength and we look forward to celebrating even more success.”

Oliver Ash, co-owner of Maidstone United, said: “It’s great having the support of Gullands Solicitors. As a long-established Maidstone firm its brilliant to see Gullands continue to back their home team and the kit looks great!” 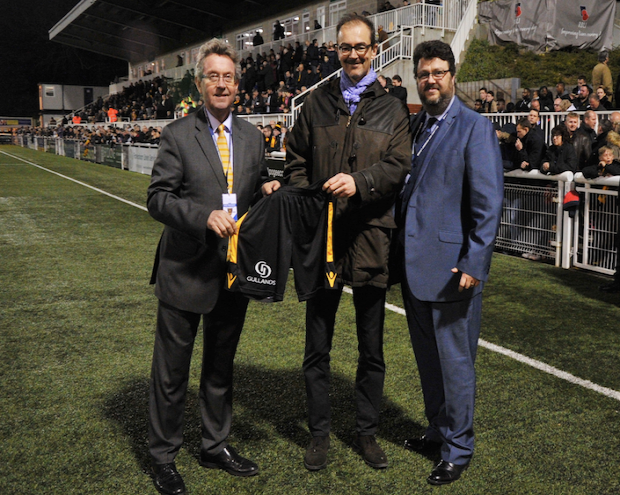