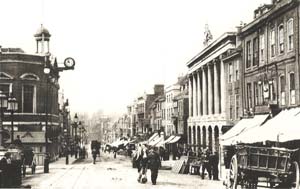 Gullands Solicitors are looking for copies of old photographs, stories and information for a new website www.gullands-heritage.co.uk celebrating the heritage of Gullands, the history and growth of Maidstone and to mark the 100th anniversary since the outbreak of World War One.

Practice manager Paul Mannering comments: “The Gulland family link with Maidstone began back in 1910 when Frederick Gulland arrived in the town from Manchester having been appointed Secretary to the Maidstone Gas company.  At that time there was a firm of solicitors called Ellis & Ellis who resided at 35 Earl Street Maidstone.”

“Leaping forward to the 1930’s and to Douglas Gulland, Frederick’s son was articled to Mr Charles Ellis and after a stint working in London following his qualification, was also asked to return to become a partner in 1939.”

“Unfortunately, progress was halted by the outbreak of war in 1939.  When Douglas was finally demobbed, he returned to find that Ellis & Ellis had deteriorated badly during the war years and Mr Ellis was keen to sell. Douglas purchased the business and set up his practice historically for the first time in Mill Street.”

“Over the last 100 plus years the Gulland family and Gullands Solicitors have been involved in the business community in Maidstone and during that time many firms have come and gone and the town has changed significantly.  We would like to offer people who may have interesting stories or photographs the opportunity for them to be published on the new website.  This could include family stories, personal recollections, photographs and pictures – anything that charts the changes in the town and the people who were once a part of it.” 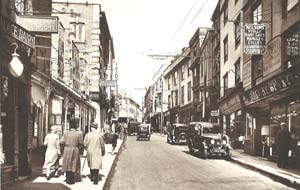 “In a special tribute to all the people of Maidstone who served in the First World War, we would like people to send us a photograph of them with details so we can remember the town’s heros and heroines.  As well as those who fell we would like to remember those who
went on to play a key role in the town.”

Send information and pictures to p.mannering@gullands.com