Gullands Solicitors has announced the appointment of Amanda Finn, Head of Employment, to Partner, to take effect from 1 October 2014. Blair Gulland, said: “Amanda has developed a strong and loyal client base during her time with us and has proved herself to be a real asset to the firm.  I am very pleased that she has accepted our invitation to become a partner and we all look forward to continuing to work with her in the future.” 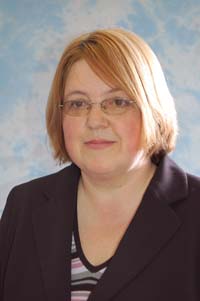 Areas of expertise:
I act for local businesses and charities of all sizes on a wide range of employment law matters.

When and why did you move to Gullands?
July 2004. I was just coming to the end of my maternity leave and after having commuted to Canterbury/Herne Bay for the previous 14 years I wanted to find a job nearer to home.

How do you feel about becoming a partner?
I am delighted to join the partnership at Gullands and I look forward to playing an active role in strengthening and developing both the employment team and the business over the coming years.

What’s been your biggest career lesson and why?
If at first you don’t succeed try again. Never ever give up.

If you weren’t doing this job what would you be doing?
Probably something people based and problem solving.  It’s stressful but very satisfying when you solve a problem or make someone’s life a little better.

Which changes to the law would you most like to see?
I would like the law to pay more than lip service to the issues of sex discrimination and flexible working.

Hobbies:
I enjoy doing anything that involves being outdoors.  My office window is known to be open even in December!

Amanda Finn is Head of Employment and can be reached at a.finn@gullands.com