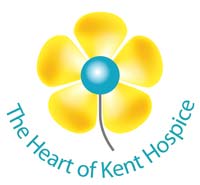 Gullands Solicitors have once again helped raise money for the Heart of Kent Hospice by the annual opening of Blair and Tikki Gulland’s garden as part of the National Garden Scheme.

The garden is one of the many thousands up and down the country, which are involved in the National Gardens Scheme. The scheme has donated over £45 million to nominated beneficiaries including donating over £2.9 million for Heart of Kent Hospice care since 1996.

The Heart of Kent Hospice is an independent charity providing expert care for people facing the challenge of life limiting illness.

Gullands’ Partner Alex Astley has recently become a trustee for the Heart of Kent Hospice.

Blair Gulland comments: “We are delighted to be supporting such an important cause, particularly a cause so close to home.”

The Gullands’ garden is in the final of the Kent Life Amateur Garden of the Year competition, with the results being announced at the awards on 17 September.  Watch out for the garden in the September edition of Kent Life.