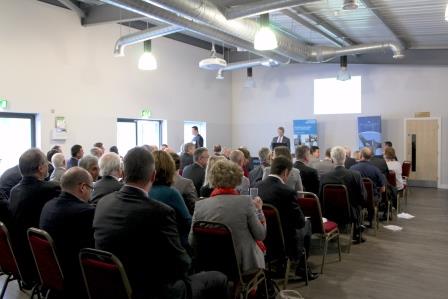 Gullands Solicitors’ business leaders’ garden city breakfast seminar took place on Thursday 9 October 2014 at Maidstone United Football Club’s Gallagher Stadium. Over 60 business leaders gathered to debate and examine the relevance of a Maidstone garden city, with presentations from Chris Blundell, Director of Development and Regeneration at Golding Homes, and Huw Edwards, Partner at planning consultancy Barton Wilmore, both of whom were shortlisted for the prestigious Wolfson Economics Prize 2014 after submitting proposals to the question ‘How would you deliver a new garden city which is visionary, economically viable, and popular’.

A survey of business leaders conducted at the conference reveals overwhelming support from Maidstone’s business community in favour of garden cities. 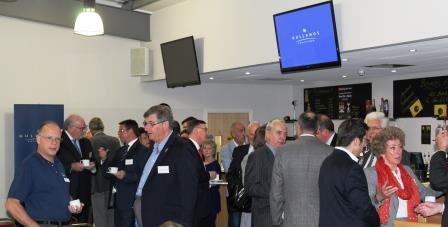 93% of survey respondents said they would support and welcome a new garden city in the Maidstone area and/or multiple garden cities across Kent, with 80% agreeing that Kent would need to explore this option to meet future business growth needs, and 100% stating that garden cities were needed to fulfil the county’s future housing demands.

Local business leaders were won over by the concept of a garden suburb on the outskirts of Maidstone with 80% of respondents agreeing that its development would directly benefit their business. 60% stated that it would lead to the expansion of their business and 27% believed it would lead to them employing more staff. Other predicted benefits of a garden city included “having a greater choice of employees – particularly in the technical fields”. 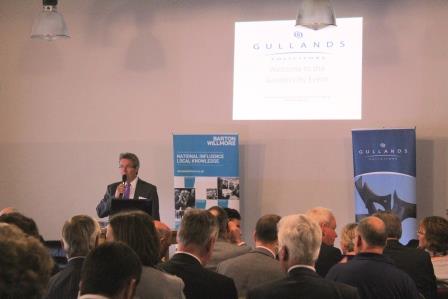 Blair Gulland, Chairman of Gullands Solicitors, commented: “We were delighted to have two of the five Wolfson prize finalists share their thoughts and insight into garden city developments and I would like to thank both Chris and Huw for joining us on this debate. Housing is an increasingly pressing issue that Maidstone will have to overcome if it hopes to sustain the growth of the town, provide enough affordable housing for its citizens and remain attractive to business owners and investors.”

Chris Blundell, Director of Regeneration and Development at Golding Homes, commented: “The breakfast seminar was an excellent opportunity to talk directly to the local business community and meet the people who can really be proactive about development. Garden cities are not only a way to meet housing demands, but are key to addressing future business’ needs. A garden suburb for Maidstone would significantly increase the employment and investment opportunities in the local area, giving the county town an opportunity to put itself back on the map.” 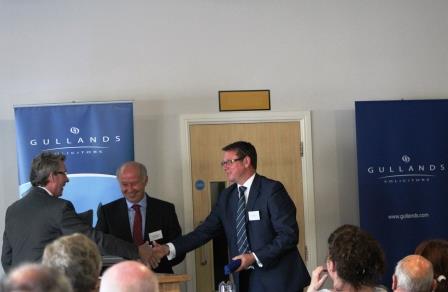 Huw Edwards, Partner at Barton Wilmore, commented: “Despite claims, the UK’s planning system is not broken, in fact we are lucky enough to have a very successful and extensive planning regime in place. What is holding the delivery of housing back is fear and we need bold new ideas to put the real planning back into planning. Voters and politicians alike need to fully understand that a functioning garden city, built on a common purpose with the opportunity for community investment and with the incentive to grow and develop, would be of great benefit to the area. Furthermore, not building enough housing to meet future needs could put up to £24bn of economic output at risk in Kent alone by 2031.”