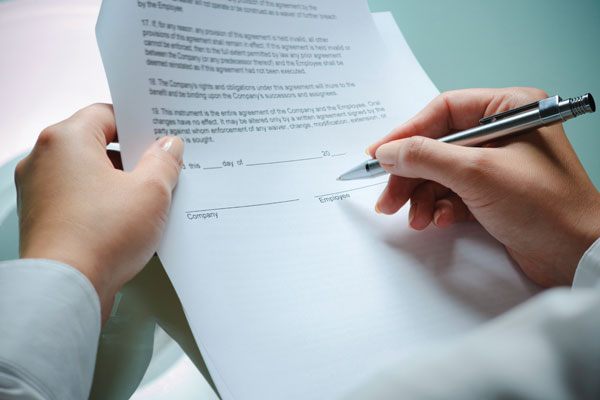 Frustration of contract is not often used in employment law but it can raise its head from time to time.

As a general rule, if performance of a contract becomes more difficult or even impossible, the party who fails to perform it is liable in damages.
An exception to this liability is the doctrine of frustration.  This allows the contract to be automatically discharged when a frustrating event occurs so that the parties are no longer bound to perform their obligations.  The frustrating event must occur after the contract has been formed and must be both fundamental to be regarded by law as striking at the root of the contract and entirely beyond what was contemplated by the parties when entering it.  It must also not be due to the fault of either party and may render further performance impossible or illegal or radically different from that contemplated by the parties at the time of the contract.

For a historical precedent in employment terms we have to look back to a case from 1976 when an employee claimed unfair dismissal after he sought to return to work after a long period of absence only to be told his job had been given to someone else.  At the first instance the Tribunal rejected the employer’s argument that the contract had been frustrated on the basis they had taken no steps to end it.  The Employment Appeal Tribunal however took the view that failure to act did not preclude the contract being frustrated.

More recent case law has identified that as a matter of everyday practical reality employers and employees would expect to deal with issues such as absence, sickness and disability within the framework of the employment relationship rather than general contractual law.

The key issue to remember here is often these cases arise because parties have allowed issues affecting the employee’s continued employment to remain unresolved.  After an initial period of contact and communication momentum dwindles.  Employers should keep a constant eye on what their long term sick are up to and take action to deal with the issue where appropriate.