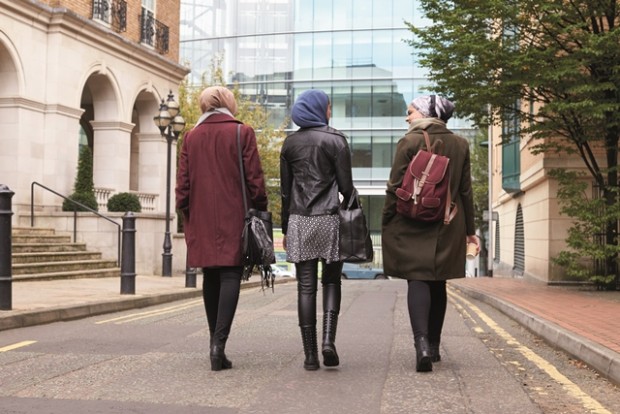 The European Court of Justice has ruled that businesses can ban the wearing of Islamic headscarves, but only as part of a general policy barring all religious and political symbols. These long awaited rulings on the cases involving two women – from France and Belgium, is hoped to bring greater clarity for business owners across Europe.

The Court ruling said: “An internal rule of an undertaking which prohibits the visible wearing of any political, philosophical or religious sign does not constitute direct discrimination.”

In the Belgium case, Samira Achbita was a receptionist for the Belgian branch of G4S, the London outsourcing and security firm. She had worked for the company for three years before she decided she wanted to start wearing a headscarf at work for religious reasons. In June 2006 she was sacked for refusing to take off the headscarf. The company said she had broken unwritten rules prohibiting religious symbols.

The court ruled in this case that: “G4S’s internal rule refers to the wearing of visible signs of political, philosophical or religious beliefs and therefore covers any manifestation of such beliefs without distinction. The rule treats all employees to the undertaking in the same way, notably by requiring them, generally and without any differentiation to dress neutrally.”

In the French case, Asma Bougnaoui, a design engineer was sacked from Micropole, an IT company after a customer complained that his staff had been embarrassed by her headscarf whilst she was on their premises to give advice. She had been told before taking the job that wearing a headscarf might pose problems for their customers.”

In this case the Court upheld the view that she had suffered discrimination and was “professionally competent” and was sacked only because she had refused to remove her headscarf, saying: “Customer’s wishes not to be served by a worker wearing a headscarf did not give companies a get-out clause from EU anti-discrimination law”.

It went on to say: “However, in the absence of such a rule, the willingness of an employer to take account of the wishes of a customer no longer to have the employer’s services provided by a worker wearing an Islamic headscarf cannot be considered an occupational requirement that could rule out discrimination.” The ECJ did not rule on whether Ms Bougnaoui’s dismissal was based on her failure to observe company policies and said this was a matter for the French Courts to determine.

Where there is a ban on all employees wearing religious or political symbols based on a general company rule of religious and political neutrality, it must be applied equally to all staff. It is a reasonable aim for a business to have which is consistent with equality and human rights law. I would recommend all businesses review on a regular basis all policies for staff and how they ensure the equal enforcement of them.

Amanda Finn can be contacted at [email protected]