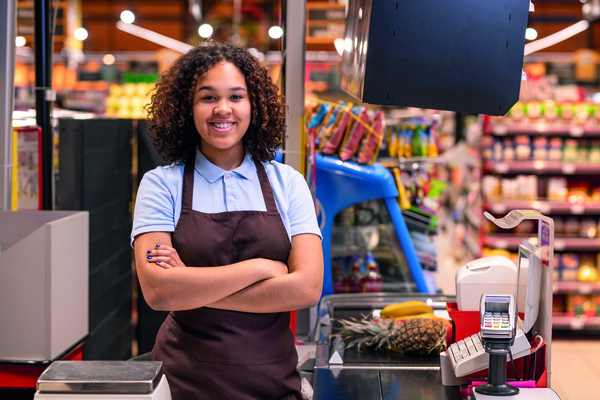 With it getting harder for many businesses to fill temporary and seasonal roles, some employers might be considering employing younger people in the workplace to fill the shortfall.

It is possible to employ workers in the UK from the age of 13 where limits on working time, work during term time and enhanced health & safety duties are observed along with any additional restrictions imposed by the local authority.

However, a employment tribunal ruling in 2021 found in favour of one of the youngest successful claimants, after the judge in the case refused to accept the manager’s evidence that she was unable to cope with the ‘severity’ of the job.

Miss Cassidy, a 14 year old schoolgirl was fired from her Saturday job at the Daimler Foundation’s café.  Miss Cassidy was aged 14 when she was interviewed for the position of part-time waitress and she provided her age when applying for the role online. Following her appointment, she also filled in a form which included her date of birth.

On her first day at work, she was told it would be a trial and she was shown how to use the till, wait on and clean tables, work the till and loading the dishwasher.  The front of house manager Mr Easy commented at the end of her shift that he was ‘pleased with her work’.

Miss Cassidy understood she had passed her trial period and would be working on Saturday’s between 10am and 2pm with the potential for extra shifts if needed.  However, on her second day of work, Miss Cassidy was approached by the owner’s partner whilst taking an order at the till and was told she shouldn’t be on the till.  Later that day Miss Cassidy and another member of staff were told by Mr Easy they could leave as it wasn’t too busy.  Miss Cassidy cleaned cutlery while she waited to be collected.

A few days later Miss Cassidy received a call from Mr Easy who said he enjoyed working with her but she could not continue working at the café. He informed her she ‘was too young for health and safety reasons’ to work there and he also assured her she hadn’t  ‘done anything wrong’.

The tribunal didn’t accept Mr Easy’s account of events and concluded that Miss Cassidy had established a prima facia case and on first impression age was ‘at least a factor’ in the decision to end her employment.  The Judge said Mr Easy gave evidence which indicated he was ‘not enamoured of employing staff as young  as (Miss Cassidy) and that her age was a factor in ending employment for the claimant’.

The judge also noted the case was ‘unusual’ given the claimant’s age and the short duration of her employment.

Miss Cassidy was awarded just under £3,000 for injury to feeling and direct discrimination with an additional interest of £300.

Direct age discrimination (unlike other protected characteristics) can be justified if an employer can show its treatment of the employee was a proportionate way of achieving a legitimate aim. In this case however the employer failed to submit a justification defence.

Employing younger workers might be a different experience for many businesses, so it is important to make sure you get it right and that management are trained on how to approach and deal with working with younger workers.