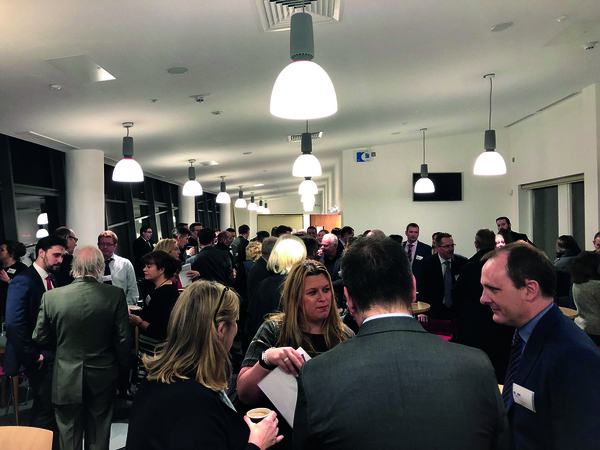 Earlier this year we teamed up with Caxtons, Wilkins Kennedy and Ebbsfleet United Football Club to sponsor and host the first Ebbsfleet Executives Club networking meeting, held at the Kufflink Stadium, Ebbsfleet.

Ebbsfleet was the first new garden city to be designated in more than 100 years the first, Letchworth Garden City, was established in 1903 by the Garden City movement founder, Ebenezer Howard.

The Corporation has received £300m capital funding from government and the garden city area encompasses parts of Dartford and Gravesham. Before Ebbsfleet Development Corporation (EDC) was set up in 2016 there had been active development proposals for the area stretching back 20 years, but not much progress had been made.

The ambitious new garden city proposals includes: 15,000 homes, 30,000 jobs, seven new city parks and provision for health, education and community services plus a new city centre. Progress over the past four years has been made with 1,300 homes built and, detailed planning for a further 2,500.

Everything is on target for the first school, pub and hotel to be completed this year plus 525 homes to be built in 2019 with more than over 700 planned for next year and so on until the full complement of 15,000 is complete.

The speaker at our second networking event held in May was Martin Garside, Public Affairs Manager at Port of London Authority who spoke about The Thames and the Port of London today, giving a fascinating insight into the challenges of managing one of the world’s busiest waterways.