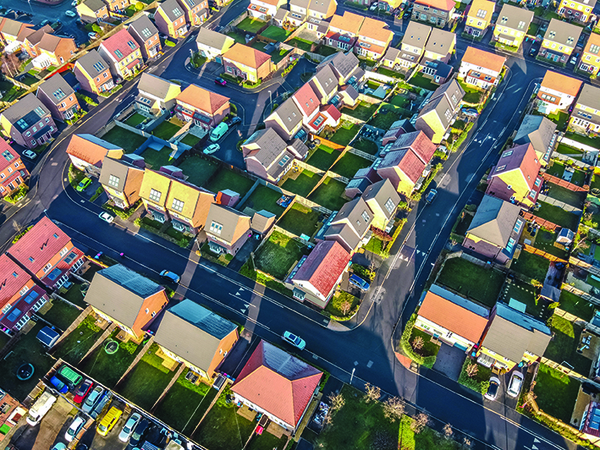 According to research published recently by Churchill Home Insurance, between 2020 and 2021 there has been a 28% year on year rise in the number of noise complaints by people to their local councils across the UK.

With many of us spending much more time at home during the recent lockdowns and taking summer staycations and with many people continuing hybrid working arrangements and working from home more frequently, it is unsurprising that you may notice things about your neighbours which quite frankly annoy you.

How you deal with this could have several implications, financially, emotionally, and legally if you decide to sell your home in the future, so what is the best way to handle these neighbour disputes?

Firstly, try to solve the problem informally and speak to your neighbours to let them know you are being disturbed.  They may not realise they are being noisy, but also ask yourself do you have a realistic expectation of noise levels.  For example, children playing in a garden on a sunny day is perfectly reasonable.

If your neighbour rents their property and the noise continues, speak to their landlord to let them know the issue you are having, as there may be terms in the lease which are being breached.

If you want to escalate your complaint further, you can try using a mediation service to help you to discuss this with your neighbour.

Where complaints involve a statutory nuisance such as loud music, vehicles, machinery and equipment or a barking dog between 11pm and 7am, then you can make a complaint to your local council.

A last resort is to take legal action against your neighbour.

A second area where neighbours frequently fall out is regarding boundaries.  Whether a dispute is about a fence, wall or the boundary line, people quite rightly don’t want someone encroaching onto their land.

Disputes over boundaries tends to happen when someone puts up a new fence or wall, usually without discussing it, with their neighbour who may rightly or wrongly believe they own the land.  It is therefore important to establish where the boundary is before you begin any work.  Don’t assume that an existing fence is in the right place as previous occupants may have come to a different agreement.

To establish where the boundary is you should look at the title deeds to your property which are available from the Land Registry. Boundaries on Land Registry plans only show the general position of the boundary and unless there is a plan with measurements are normally only accurate to + or – 1 metre. Ideally speak to your neighbour to reach an agreement.

If you are unable to both agree to this then you could consider seeking the help of a chartered surveyor and if you both agree to their decision, sign an agreement which a solicitor can help draft.  The surveyor could also draw a new boundary plan which is submitted to the Land Registry to help avoid this issue in the future. Useful for when you want to sell the property or if the neighbouring property subsequently changes hands.

For existing boundary disputes with neighbours where an agreement can’t be reached, both parties might decide to consult their own surveyor and if this fails, then it is likely the dispute will go to court or the First Tier Property Tribunal and a judge will decide on the boundary placement.

There are separate rules that protect a Party Wall which is shared with neighbours and anyone planning on carrying out work to a Party Wall is required by the Party Wall Act 1996 to obtain their neighbour’s written permission.  Written permission is also needed to carry out other works such as increasing it’s height, strengthening foundations, and other building works directly to it which could affect the structural integrity of it.  You should take  advice from a specialist Party Wall Act surveyor if you are unsure about carrying out any work to a Party Wall.

Disputes with neighbours often start with one issue and escalate. Compromise is often needed on both sides to help avoid and resolve a dispute with a neighbour.  If you plan on selling your property you have to declare any dispute you have had which could impact on the future saleability of the property.

If you have any concerns about issues with your neighbours, consult our team at Gullands for advice and support.

Leroy Bradley can be contacted at l.bradley@gullands.com