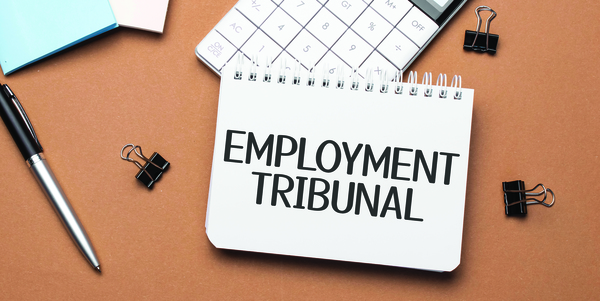 There have been a number of employment tribunals involving Covid-related claims over the last 12 months and as Covid looks set to remain an issue for the year ahead, here is our round up of some of those rulings and the points which employers should be aware of.

Firstly, in the case of Gibson V Lothian Leisure, Mr Gibson was a chef in a restaurant and was furloughed.  As the end of the lockdown approached, his employer asked him to return to work to help prepare for the restaurant reopening but he voiced concerns about the lack of safe-working measures and in particular the lack of PPE. Mr Gibson was concerned about his vulnerable father who was shielding and the risk of him catching the virus as a result of his work.  Mr Gibson was dismissed by text with immediate effect and he brought a claim for unfair dismissal, as he had been taking steps to protect both himself and his father.

The tribunal agreed that he was unfairly dismissed, he had reasonably believed in the danger and he had taken steps to protect himself and his father.  Mr Gibson was therefore awarded over £23,000.

In the case of Rodgers V Leeds Laser Cutting Ltd, it was established there is no blanket right to refuse to attend work during a pandemic. Mr Rodgers refused to attend his work in a warehouse and brought an unfair dismissal claim.  The claim was made even though it was a large premises and there were typically only five other people working in the space.  His employer,  Leeds Laser Cutting Ltd had prior to Mr Rodgers refusal to attend work, sent communications to all staff confirming it was putting safe-working measures in place, which included social distancing and enhanced cleaning.

The tribunal rejected Mr Rodger’s claim for unfair dismissal because it drew a distinction between an employee refusing to attend work because of concerns about their safety which they had brought to their employer’s attention in the workplace and more general concerns about serious and imminent danger experienced during the pandemic.

The case of Prosser v Community Gateway Association Ltd reinforces that employers should take steps to protect their vulnerable workers. Ms Prosser was employed on a zero hours contract and informed her employer she was pregnant.  Following the public health advice announced by the government, she wasn’t given any shifts but she returned to work after five months following a risk assessment being carried out.

Ms Prosser’s claim centred around direct pregnancy discrimination for the failure to allow her to return to work and the loss of pay during her exclusion from work.

The employment tribunal however rejected her pregnancy discrimination claim as she was sent home due to being classed as vulnerable and the employer had followed government public health advice and regulations and she was also consulted on this reason.  She was also financially compensated by ‘generous’ pay she received, which was beyond the requirements of her contract.

In the case of Kubilius v Kent Foods Ltd,  Mr Kubilius was a delivery driver who was dismissed after an investigation and disciplinary process after he refused to wear a mask whilst sitting in his lorry cab, although he wore one outside of it at the site of one of his employer’s major clients.

The employment tribunal found Mr Kubilius’ dismissal was fair due to the importance the employer placed on maintaining good supplier and customer relations, the difficulty in him continuing his role as the client had banned him from their site and the employers’ concerns that he would continue to behave in this way as he insisted he had done nothing wrong.

Finally in the case of Thompson V Scancrown Ltd,  Mrs Thompson an estate agent, requested flexible working in advance of her return from maternity leave, asking to work a four day week with hours finishing at 5pm instead of 6pm, so she could collect her child from nursery.

Mrs Thompson’s request was turned down despite her having made a number of suggestions about how the arrangements could work, so she resigned and brought a claim for indirect sex discrimination.

Her claim was upheld by the tribunal which accepted this refusal placed her at a substantial disadvantage and the employer’s refusal of her request was not proportionate to maintain successful relations with their customers.  Mrs Thompson was awarded nearly £185,000 for loss of earnings and also due to her difficulty in obtaining further work at a comparable salary, due to the impact of the pandemic on the job market and her sector in the London housing market.

If you would like to discuss any Covid related employment issues, please get in touch.