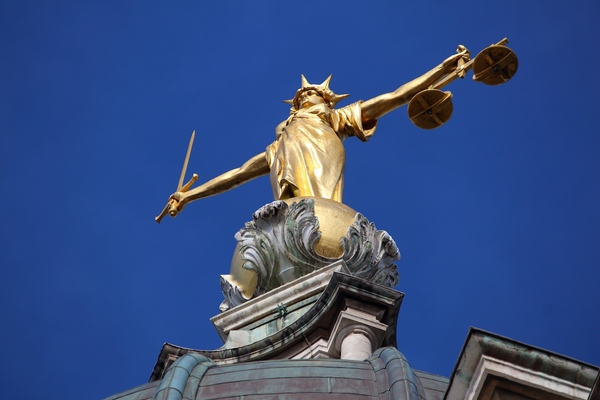 Until recent years, few people would have believed that a respected British institution like the Post Office could be responsible for a scandal that has resulted in innocent men and women being sent to prison, and hundreds more losing their businesses and their livelihoods, for crimes they did not commit.

Now, with judgements against the Post Office in both the High Court and the Court of Appeal, you would be hard pushed to find someone who hasn’t heard of the Horizon scandal.

Hailed as the biggest ever miscarriage of justice in the UK, 45 people – 6 in the Crown Court, and a further 39 at the Court of Appeal – have had their convictions overturned.

The convictions were found to be based upon data from a computer system called Horizon, which was developed by Fujitsu and rolled out across Post Office branches in 1999.

The Horizon computer system had shown unexplained shortfalls of, on some occasions, hundreds of thousands of pounds.

The cases that have been heard in the Court of Appeal in recent months are likely to be the ‘tip of the iceberg’. Between 2000 and 2014, the Post Office prosecuted 736 branch managers, sub-postmasters and sub-postmistresses for offences such as false accounting and theft, based upon information from the Horizon system.

The Post Office continually asserted that the system was ‘robust and reliable’, but the High Court Judge hearing a civil claim against the Post Office – with 555 claimants – decided otherwise.

In December 2019, Lord Justice Fraser found that the Horizon system was ‘not remotely robust’, and that there was ‘a material risk’ that unexplained shortfalls were caused by ‘bugs, errors and defects’ within the system.

This paved the way for the Criminal Cases Review Commission (the body responsible for investigating alleged miscarriages of justice in England, Wales and Northern Ireland), to refer 51 cases back to the Crown Court and the Court of Appeal in 2020.

Michelle Pibworth of Gullands Solicitors had the honour of representing Carl Page, one of the 39 appellants whose conviction was quashed at the Court of Appeal on 23 April 2021.

Carl is one of the first victims of the Horizon scandal, as his case dates back to 2003. Due to the age of his case, his original solicitor no longer works in criminal law. However, he recommended that Carl contact a barristers’ chambers, who in turn recommended Gullands to represent Carl in the Court of Appeal proceedings.

The initial focus for Michelle and Carl’s barristers, Oliver Saxby QC and Ben Irwin of 6 Pump Court, was in gathering evidence to demonstrate that his conviction was unsafe and should therefore be quashed.

Once the Post Office had conceded that it had not been possible for Carl to have a fair trial, and stated that they would not be contesting the quashing of his conviction, the focus for Carl’s legal team was then upon proving that it was an ‘affront to the public conscience’ for him to have been prosecuted in the first place.

During the Court of Appeal proceedings, the Post Office disclosed thousands of pages of documents, known as ‘post-conviction disclosure’.

Michelle, and Carl’s barristers, spent many hours reviewing this material and preparing detailed submissions in support of Carl’s case.

Michelle also liaised with Carl’s former solicitor, forensic accountants and the legal teams representing the Post Office and the other appellants in the Court of Appeal proceedings.

When allowing his appeal, the Court of Appeal found that not only could Carl not have had a fair trial, but his prosecution by the Post Office was indeed an ‘affront to the public conscience’.

Solicitor Michelle Pibworth said, “It has been very rewarding working on Carl’s case. It was a fascinating case, with such far reaching implications. Whilst I was optimistic that justice would be served, I wanted to do everything in my power to ensure, insofar as possible, that no stone was left unturned. I am very grateful to both of Carl’s barristers for all their hard work, and also to Carl himself for his helpful involvement throughout his case.”

Oliver Saxby QC said, “It was a team effort – albeit Ben and I would like to underline Michelle’s sterling work.”

Carl Page said, “I found Michelle at Gullands to be a very friendly, approachable person who dealt with my Post Office Trial in a very confident, knowledgeable and professional manner. With the expertise of both the barristers, Oliver Saxby and Ben Irwin, I felt at ease straight away and all three of these people have my thanks for what they have done for me and my family. My life is now back on track after nearly 20 years. They went above and beyond what was required of them.”

The criminal team at Gullands are always committed to ensuring the best result for their clients. They recognise that every case, whether it be high-profile or otherwise, is hugely important to the individual involved, and that the repercussions of a criminal conviction or prison sentence can have long-reaching effects.

Michelle and the team at Gullands would be happy to apply the experience gained from working on Carl’s case to assist anyone who believes that they may also have been wrongfully convicted.

Michelle Pibworth can be contacted at m.pibworth@gullands.com