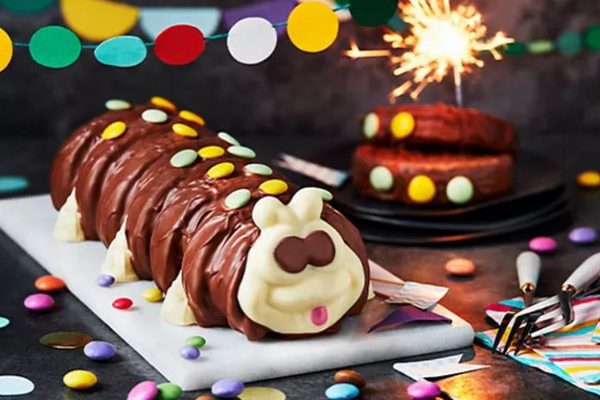 You would be hard pushed to find someone who hasn’t heard of the Colin vs Cuthbert case. Most people have already picked their side, and, if press reports are to be believed, allegiances seem to be moving largely in Aldi’s favour.

For most of us, it’s human nature to want to support the underdog.

But this isn’t a case of M&S targeting your local corner shop.

Aldi is a hugely successful, multinational supermarket.  And the fact of the matter is, Aldi is alleged to have stolen Marks and Spencer’s design.

Sure, the other supermarkets have also created their own versions of Colin the Caterpillar, including Tesco’s Curly, Asda’s Clyde, Waitrose’s Cecil, Co-op’s Charlie, Morrisons’ Morris and Sainsburys’ Wiggles.

But Aldi’s is virtually identical. Only a Colin the Caterpillar connoisseur would be able to tell the difference at first glance. The packaging is also remarkably similar.

In their intellectual property claim, M&S argue that the similarities between Cuthbert and Colin could lead consumers to believe that they are of the same standard, and submits that Aldi are ‘riding on the coat-tails’ of Colin’s (and it would seem, by extension, Marks and Spencer’s) ‘honourable reputation’.

M&S pride themselves on the quality of their food products. Who can forget their iconic tagline, ‘this is not just food, this is M&S food?’ It is therefore understandable that they wouldn’t want to be linked to (arguably) inferior – caterpillar cake (taste tests are inconclusive) products.

Aldi is playing the social media game well, making consumers laugh with Tweets such as ‘Cuthbert has been found GUILTY… of being delicious’, ‘This is not just any court case, this is… #FreeCuthbert’ and ‘Marks and Snitches more like’. They have also Tweeted about the release of a special edition Cuthbert to raise money for Teenage Cancer Trust, entreating M&S to collaborate with them to ‘raise money for charity, not lawyers’.

M&S responded by saying they love the charity idea, but suggested that Aldi use their own character (which doesn’t seem unreasonable), such as the ubiquitously popular Kevin the Carrot, jokingly adding ‘we promise we won’t do Keith’.

M&S have pointed out that Colin the Caterpillar has been raising money for charity for years – he is an important part of their partnership with Macmillan, and a special edition Colin was created for Macmillan’s annual World’s Biggest Coffee Morning fundraiser.

Aldi has however continued with its social media popularity crusade, by calling upon the other supermarkets to use their own caterpillars in a #caterpillarsforcancer charity campaign.

Public support seems to be swinging decisively in Aldi’s favour (with the move described as ‘PR genius’) and Asda, Tesco, Waitrose et al are of course more likely to support Aldi in this battle, as they have also appropriated M&S’ Colin design.

But M&S would not have just launched into expensive legal action against Aldi. There would have been letters between their legal teams, well before the instigation of High Court proceedings.

It also appears that M&S are not seeking compensation from Aldi, just an assurance that Aldi will stop selling copycat caterpillars.

This however seems to carry little weight in the court of public opinion.

Colin has been a favourite at children’s birthday parties since 1990, and ‘Colin the Caterpillar’ has been trademarked since 2009. Even if you’re firmly Team Aldi, you can see why M&S might be more than a little protective of their caterpillar confection.

Would it be different if a local artist’s artwork had been stolen by a large business?

When independent shop Annual Store had its ‘Home S’cool’ T shirt design copied by Asda and New Look in 2020, public outcry at the ‘big businesses’ stealing designs from a small, family run business led to the imitation tees being swiftly withdrawn.

Why is it different for M&S? Is it because they’re already a large, established business?

There is a culture of it being socially acceptable for companies to produce more affordable versions of high-end products – for example, when Primark and H&M produce ‘fast fashion’ copies of celebrity outfits and runway looks.

Charlotte Tilbury won their legal case against Aldi in 2019, after Aldi launched a cheap replica of its £49 bronzer in near-identical packaging. This suggests there is likely to be some degree of merit to M&S’ legal claim.

If Cuthbert the Caterpillar cost more to buy than Colin, would we be so supportive of Aldi?

And if Aldi was ripping off ‘the little guy’, rather than ‘that posh supermarket’ M&S, would we be as sympathetic?

Aldi must be grateful that most people have forgotten that they were threatened with legal action by family-run businesses such as The Collective yoghurts and Heck sausages in 2018 (and relieved that they had picked on small businesses who were ultimately unable to challenge Aldi in court because of the costs involved).

When Heck boss Andrew Keeble contacted Aldi to politely ask that they stop selling their copycat sausages, they instead threatened him with legal action. It seems ‘raise money for charity, not lawyers’ was not their approach on that occasion. Thankfully for Heck, the public support in 2018 went to the underdog, and Aldi rebranded its chicken sausages in 2019.

The ethos behind copycat fashion and other products is to make these items accessible to the greater public, many of whom would not be able to afford the original.

That is a philosophy that a lot of us can support, but should an artist not have exclusivity over their own designs?

Should other businesses be allowed to benefit from their investment and creativity, swayed by the public support they garner by offering copies of high-end products at High Street prices?

Legally, intellectual property is an often-complicated concept, for instance, a Chanel dress could be copied without issue, but the counterfeiter would be in legal difficulties if they copied the distinctive Chanel logo.

Morally, opinion is divided. No doubt many of us are guilty of buying designer copies. However, the more we learn about intellectual property and business integrity, if we can’t afford the original, would it not be preferable to have a completely different product, rather than a bootlegged or copycat version of someone else’s design?

It is one thing to copy an idea – it is claimed that elements of the Harry Potter books draw from Tom Brown’s Schooldays by Thomas Hughes, Road Dahl’s Matilda and The Worst Witch series by Jill Murphy – but it’s JK Rowling’s writing that elevates her stories to a whole new level. Many stories have been written before, one way or another – university researchers in 2018 established that ‘every story in the world has one of six basic plots’ – but it’s the writer’s fresh take on a story, plot or theme that offers renewed appeal for their version. Plagiarism is completely different and universally unacceptable.

Likewise, with art, many artists draw landscapes, animals and life drawings. But it is their own style that makes their illustrations and artwork unique, rather than just their subject matter. We are rightly critical of blatant rip-offs, and the forgery or reproduction of a famous painting will never hold the same value as the original.

Many of us would shudder at the thought of buying a knock off perfume, or counterfeit trainers, but would not think twice about buying Cuthbert or Curly instead of Colin.

It is not yet clear if M&S will win the legal battle against Aldi, but the lines are even more blurred in the moral battle. Even if M&S succeed in the High Court, they may still end up losing in the court of public opinion.

Michelle Pibworth is an associate solicitor at Gullands Solicitors and can be contacted at m.pibworth@gullands.com