Charities, Trustees and the Health and Safety Status of Volunteers 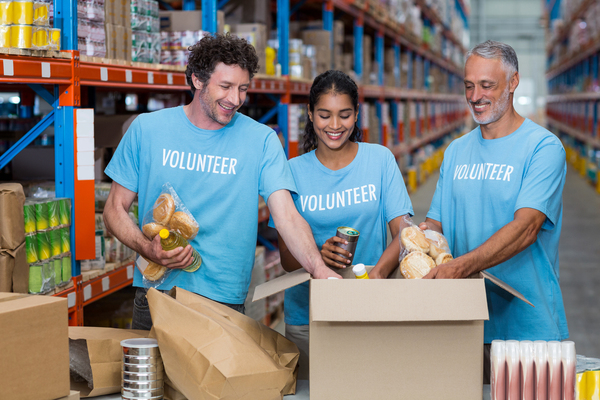 We address some health & safety questions sometimes raised in the voluntary sector and look at some illustrative cases.

It depends. If the volunteer was working for a business or voluntary body which had any employed staff, the Health & Safety at Work Act 1974 would apply and the answer to the question would be yes. If a volunteer was injured in an accident and there was a prosecution, it would be brought under section 3 HSWA, which is the provision dealing with non-employees, such as service users, visitors, members of the public and volunteers. If the volunteer was working for a body which has no employees, the voluntary body in question could not be prosecuted. This is because only employers and self-employed persons owe the sections 2 and 3 duties under the Act.

It is not uncommon for an organisation such as a charity to be operated entirely by unpaid volunteers, so this might be thought of as something of a gap in the HSE’s enforcement powers.  However this does not mean that purely voluntary bodies can ignore health & safety. HSE Guidance 192 Charity and Voluntary Workers says whilst most Health & Safety law specifically refers to “employees” and the duties owed to them, it is good practice, and very strongly recommended, that people working as volunteers are given the same level of protection as employees. One very good reason for following this advice is that a voluntary body owes a legal “duty of care” to its volunteers under the civil law. An injured volunteer can bring a civil claim ie sue for damages, where that duty has been breached. Therefore although an all-volunteer body would not be subject to a criminal prosecution if a volunteer or a member of the public was injured, it could still be sued for damages.

The need to avoid civil claims is a compelling reason to address the health & safety of volunteers. However the Charities’ Safety Group (who co-wrote HSG 192) would also like to see the criminal law extended, so that volunteer run bodies with no employees could also be prosecuted under the HSWA. They would achieve this by removing of the requirement for an employment relationship under the Act, replacing the term “employee” with “worker”.

To minimise their exposure to accidents and damages claims, all charities – with or without employees - should address health & safety, including ensuring that volunteers are properly integrated into their health & safety systems. It will normally be wise to treat volunteers just the same as if they were employed staff. However in some situations it may be appropriate to adopt additional health & safety measures for volunteers compared with paid staff, as volunteers may have less familiarity with the working environment or less experience than a regular employee.

Note:- HSG 192 Charity and Voluntary Workers is no longer on the HSE website but copies can be found on the web.

Can a Charity be prosecuted over a Health and Safety incident?

Yes it can, unless the “no-employees” exception applies as discussed above. The Health & Safety at Work Act imposes the same duties on a charity as any other employer, both towards its employees under Section 2 HSWA 1974 and to its non-employees under Section 3. The HSE’s Enforcement Guide explains that the form of prosecution of a charity will vary, depending how it has been constituted. For example, if it is a company, its trustees are its directors and it will be registered at Companies House. The prosecution would therefore be against the company.

The Enforcement Guide has a separate section on trusts, since by no means all trusts are necessarily charities.  The guide confirms that trusts should be prosecuted in the names of the trustees, albeit specifying that they are the trustees of particular property. It will not always be necessary to name each and every trustee, but the guide says it will normally be appropriate to name more than one.

Can a trustee be personally prosecuted for a health and safety offence?

This will depend on whether the charity or trust is incorporated.  If it has incorporated, it will have its own legal personality and can be prosecuted in its own right as a Company. If the trustees have not incorporated, they would have to be prosecuted in their own names, albeit in their capacity as trustees. Note that incorporation would not prevent a trustee from being prosecuted personally under section 37 Health and Safety at Work Act, which would apply where an incident has occurred with his consent or due to his connivance or neglect.

The Hull Trinity House charity was fined £20,000 under Section 3 HSWA 1974 after an electric shock incident when the mast of a sailing dinghy touched an overhead power line. Counsel for the charity trustees referred to their sense of great shame and embarrassment that they find themselves in this position as this was an an organisation that for centuries [had] assisted countless individuals in distress and need.

The Scottish SPCA was fined £5,000 last year after staff were put at risk of exposure to hazardous allergens from bird droppings and feathers.

In 2010 a mental health charity, Mental Health Matters, was fined £30,000 when a new member of staff was tragically killed by a dangerous service user, who she should not have been allowed to visit alone. This case was sentenced prior to the 2017 sentencing guidelines, under which the fine would probably now be somewhat in excess of £100,000.

There are considerable resources for charities on the HSE webpage hse.gov.uk under “Volunteering and Social Action” which link to further downloads on the British Safety Council website. The Charities’ Safety Group (csg.org.uk) exists to support those with Health and Safety responsibilities in the charities’ sector and provide useful resources to members.

Please see our accompanying article on Health and Safety Good for Business which mentions guidance on health & safety management applicable to all sectors such as HSG 65 and INDG 417 Leading Health and Safety at Work. INDG 417 is intended for organisations of all sizes and specifically mentions use by all Directors, Governors, Trustees, Officers and their equivalents in the private, public and third sectors. Trustees, Charitable Trustees and Officers of unincorporated associations should check their insurance covers legal representation in the event of an investigation or prosecution by the HSE (and similar bodies, such as the Information Commissioner) especially in the immediate aftermath of an incident and for advice during investigations and attending formal interview. Some policies only provide support once proceedings have commenced, by which time important opportunities to influence the eventual outcome may have been lost.

Finally, a health & safety prosecution against trustees in their own name is one of a number of reasons why a charity may wish to review its legal status including whether to become incorporated.

If you have health & safety, accident claims or other risk management issues affecting your charity please contact Andrew Clarke at a.clarke@gullands.com. For advice on your liabilities as a trustee, or to discuss the constitution or structure of your Charity or Trust please contact b.gulland@gullands.com