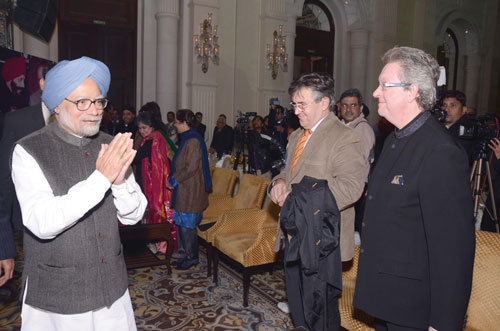 Back in 2013 the Non-Resident Indians (NRI) Institute launched its Business Forum to help foster business ties between NRIs and Indian companies.  Today, under the leadership of its Secretary General, Manu Jagmohan Singh, the forum plays a vital role in taking India to new heights of growth and development.

Earlier this year, the NRI Institute hosted a special seminar to highlight the importance of the Business Forum.  Blair Gulland and Daxa Broadbank from Gullands Solicitors travelled to Hotel Leela Palace, New Delhi to participate in the special event. 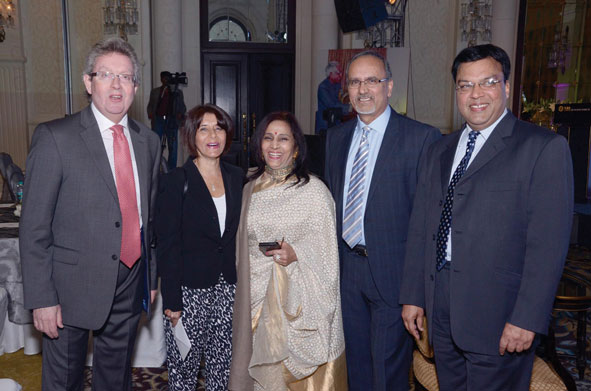 Blair, who is a long-serving Patron of the NRI Institute’s London chapter, which has been operating for over a decade, was invited to speak to the Forum on ethics and the law and gave a thought provoking speech on the 800th anniversary of Magna Carta and its role in shaping modern day societies across the globe.

Blair commented: “I was delighted to be speaking alongside dignitaries such as politician Sharmistha Mukherjee, the daughter of Honourable President of India Pranab Mukherjee, who passionately discussed how NRIs are the key to the growth of India and the increasing strength of business connections that continue to move India in the right direction.” 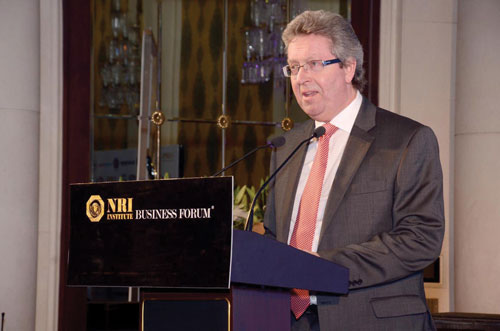 Secretary General of the NRI Institute and close family friend of , Manu Jagmohan Singh, discussed the ever-shrinking geographical boundaries of today’s global society and the importance of recognising the vast contributions being made across the world by Indians in a range of diverse fields. 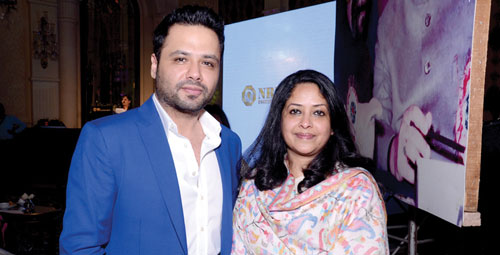 Dr Mahesh Sharma, Minister of State (Independent charge) of Culture, Tourism and Civil Aviation was the Chief Guest at the NRI Divas and the event was attended by a host of distinguished guests such as His Excellency, The Ambassador of Germany, Micheal Steiner and His Excellency Julian Evans, Deputy High Commissioner of UK to India. Some of the esteemed Awardees for the night were Dr S. G Prakash Vincent for Research Biotechnology, Germany, Leela Ramdeen for Community Development, Trinidad & Tobago, Suneet Singh Tuli for Innovation, Canada, Sukhjinder Singh Khera for Excellence in Business, UK and Shane Peacock & Falguni Peacock for Excellence in Fashion Industry.

Daxa commented: “We were both thrilled to join the many award celebrations taking place over the two days and met a number of inspirational individuals such as Harry Bains, Member of the Legislative Assembly Vancouver, who was awarded a Global Punjabi Divas Award for Excellence in Community Service.”The other esteemed dignitaries who spoke at the Business Forum seminar were: Jawahar Sircar, CEO of Prasar Bharti, who gave many insights into how his organization is trying to transmit broadcasts to Indians globally in his talk titled “Media and Responsible Broadcasting,” MS Bukhari, Group General Manager, SATCO, Qatar who spoke on “India-Qatar partnership, the sustainable way,” Suneet Singh Tuli, CEO, Datawind on “India: Opportunity or obligation?” and  Dr. Arun Mohan, Senior Advocate on “Effect of quality laws and justice delivery for economic growth.”

The NRI Business Forum is a platform that offers business advisory and consulting services for NRIs around the world.  The Forum is there to help businesses with their operations in India and offers business facilitation services, assistance researching investment opportunities and support through complex deals.  For more information visit www.nriinstitute.org.

Blair Gulland can be reached at b.gulland@gullands.com