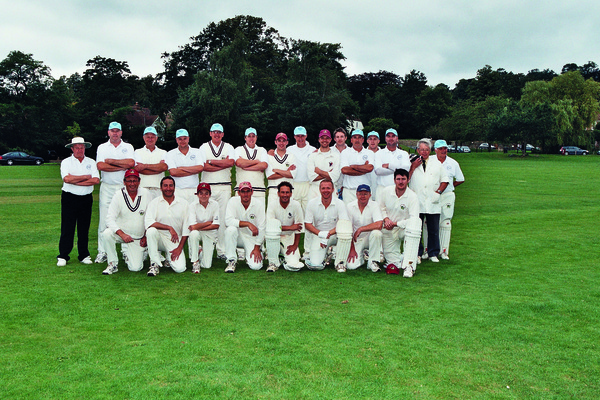 The idea for an annual charity cricket match in Bearsted which has raised thousands of pounds for charity started 15 years ago.

The next step was to get the cricket club on board with the help of Peter Clark, the then captain of the cricket club.  They agreed and suggested that it should be for charity and two charities were suggested,  The Heart of Kent Hospice and The Kent Air Ambulance.  These charities were chosen because they are local and you never know when you will need either of them.

It was also agreed to play the match on August Bank Holiday Monday, a date that has never changed over the 15 years, although it has been forced to move due to the inclement weather, but that is British weather for you!!

Over the years the game has developed into an annual event with people travelling from afar to come and watch the two teams battle it out in the name of charity.

The game has had a streaker, who could ever forget that with a male spectator running across the pitch with only a pink cowboy hat keeping his dignity.  It even made the national press one year!

The drive of Leroy and Peter getting the game off the ground and in later years Guy Pollak carrying the mantle, means the game has become an annual event, with over £25,000 being raised.  They couldn’t have raised the money they have without the generosity of all the businesses that have placed adverts in the programme and made donations and the people that have bought raffle tickets to support the event. Finally, the game could never have been played without the players from both teams, some who hadn’t played cricket in 20+ years together with the other volunteers on the day..

Are you interested in becoming involved as a sponsor or wish to know more about the 2020 event? Please contact Guy Pollak  at guy.pollak@yahoo.co.uk.