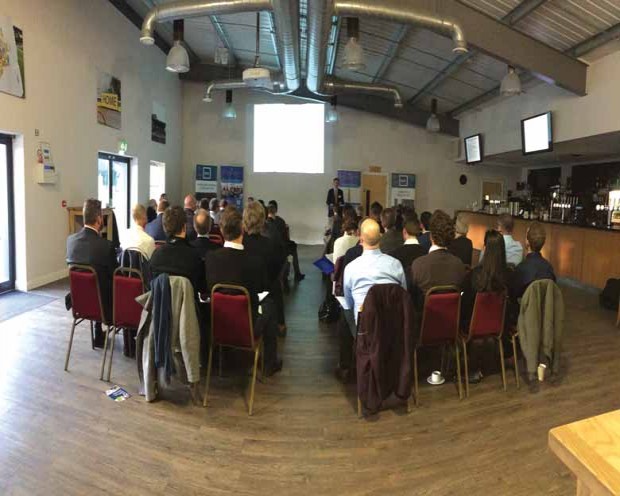 With the new sentencing guidelines on the horizon, Gullands’ John Roberts and Andrew Clarke gave presentations on what to expect, first at IIRSM South East Branch then at the Construction Safety (SE) Ltd annual seminar and awards event in November 2015.

Sentencing was also the obvious theme for our first Business Defence seminar in November 2015. John Roberts took delegates on a tour of the new guidelines and considered how they would apply, drawing comparisons with the recent environmental offences guidelines. We looked at Magistrates having unlimited sentencing powers in health and safety cases.  Andrew Clarke presented on how to reduce the risk of ‘very high’ or ‘high’ culpability under the guidelines and looked at aggravating and mitigating factors.  Andrew reviewed the legal duties of directors and senior managers, including the concept of ‘management failings’ underlying the law of corporate manslaughter. He reminded delegates of the importance of a living, breathing, health and safety policy which is actually put into practice daily and the practical management actions recommended under the HSE/IOD guidance Leading health & safety at work- leadership actions for board members.

Our major event of 2016 was a joint seminar on managing asbestos risk on site and in the workplace.

Andrew commented: “When the duty to manage came into force in 2004 there were estimated to be six million tons of asbestos contained in some 500,000 non domestic premises.  With this level of asbestos still present in the built-in environment, asbestos risk management will be important for many years to come.  Apart from fines and costs, there is the cost of civil claims to bear in mind.”  We looked at how dramatic these could be if there is a contamination incident or an unplanned release of fibres.

We were delighted to support the Kent Health and Safety Consultants’ Group on 17 March 2016 with a talk on sources of health and safety legal duties.

On 24 May we welcomed Nick Ostrowski from 6 Pump Court (health and safety barristers’ chambers of the year, Chambers Bar Awards 2013) to speak on Knowing your inspector’s powers and when to challenge them.  Nick covered:

Now and to come in 2017- IOSH South East Mock Trial

In November 2016 John Roberts and Andrew Clarke returned to IIRSM South East to review ten months of sentencing cases under the new regime, including a look at food hygiene cases, prosecutions of individuals and gross negligence manslaughter prosecutions.

2017 looks set to be another eventful year with many more sentencing cases and sentencing appeals anticipated and the forthcoming judicial review by OCS attacking the legality of the HSE’s Fee for Intervention scheme (arising from use of strimmers at Heathrow Airport).

Andrew Clarke and Laura Philips from 6 Pump Court will be taking part in a mock trial, involving a construction site accident. This is being run by South East IOSH Branch at Kent Events Centre on 22 March 2017.  The mock trial will consider the same facts as the mock criminal trial held 2013, but this time consider the civil compensation claim.