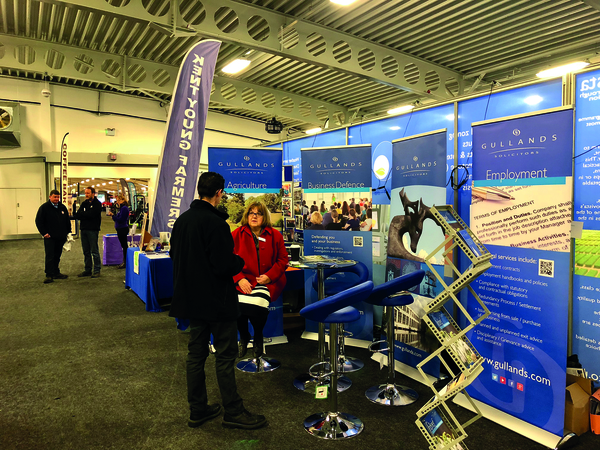 Farms looking to make their operations ‘greener’ should have a strategy in place now and also allow several years for the changes in yields and a translation into profits to take place was the view of the headline expert panel at Agri Expo 2018.

The panel discussed the Government’s green strategy for the farming industry and the future for a payment scheme based on serving the public good and specifically what would be needed to help farms achieve this to make it successful.

While the debate was potentially very technical, questions from the audience proved that nobody in the room was lost. Kevin Attwood and Mike Bax were at pains to note that such concepts as carbon sequestration and carbon credits are fine so long as the businesses in the sector are viable. Without very careful consideration by DEFRA, capping of basic payment schemes and other policies espoused by Mr Gove, the viability of the most efficient businesses could be under threat. This could very well have the opposite effect intended, as many large farming operations invest heavily in stewardship and other green “offset” measures and would struggle to continue this work without the base-line profitability they currently have.

From the panel advice included:

Colin Hall at BTF Partnership recommends: “Farms should carry on exploring existing stewardship schemes, as they are guaranteeing incomes for the next five years.”

Rob Purvis at Agrovista UK Ltd commented: “The future of farming will certainly be green focused but there will be other broader issues to take into account, such as the impact of lobby groups for wildlife, the need for better water quality as a universal asset for all, preserving the wider rural landscape and more practically the impact on specific farming practices and biodiversity, such as crop rotations. The armoury of chemicals available to use is getting smaller and also starting to fail and therefore it is time to look back to history and what our grandfathers did.”

Giles Dadd spoke in detail about the benefit of improving soil organic matter to crops and aspects of the environment, which raised issues of how to achieve this with no waste organic matter available to import onto farms. He pointed out that “Raising soil organic matter comes at a price of higher CO2 output once the soil has a new organic equilibrium.” Giles concluded that: “The demise of glyphosate with no replacement would be very detrimental to farming practices.”

On the business side, discussed were the advantages to a move to greener farm practices from a tax perspective and Sarah Attwood at Kreston Reeves encouraged farms to “consider whether the timing for investment is right and also to focus on the issues they can control such as keeping an eye on costs.”

Jon Drew at AMC questioned the ongoing ability for some farms to remain profitable if they relied on subsidy now and that they should “have a clear plan in place for replacing this revenue.”

Blair Gulland at Gullands Solicitors reminded farms to consider and review their “current contractual obligations in light of any changes they may make to future farm operations”.

Rollo Parsons concluded the session with an observation from the audience, that urged young people in farming “not to be scared by what they are being told the future for farming will hold, but to embrace change, use technology and carry on to build a stronger sector.”