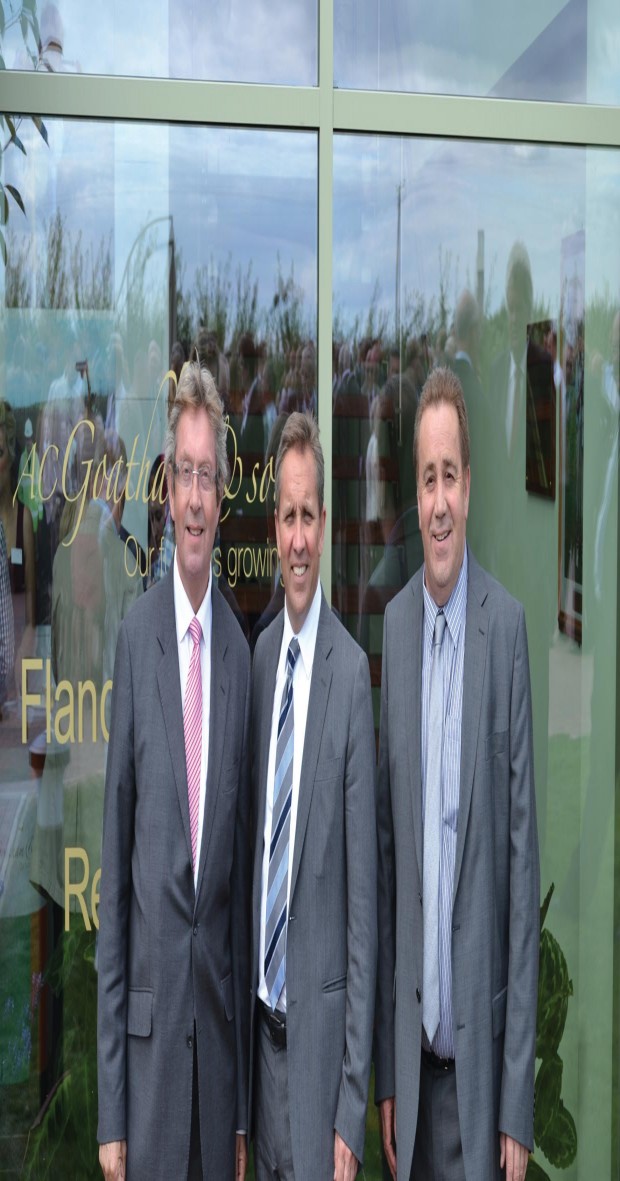 Long established relationships underpin the partnership between Gullands and many of its clients. Blair Gulland explains: “In August I was delighted to attend AC Goatham and Son’s opening of their new headquarters at Flanders Farm, near Rochester.

Clive Goatham, an old school friend of mine, took the family business over from his father, Arthur, and runs the depot alongside his son, Ross. Over the last 25 years Clive has developed the business from two small farms into Kent’s largest fruit growing business with 1,650 acres of orchards spread across the county.”

Justin King CEO of Sainsburys, with whom AC Goatham and Son have a direct trading relationship, officially opened the Flanders Farm HQ on the 19th August. Flanders Farm is now the centralised packing and distribution hub for the business, replacing three other smaller sites. Goathams will supply 60% of Sainsburys British apples and pears this season, some 1.6 million cases of fruit.

This site has been purpose built to meet the needs of customers with an emphasis on sustainability, water and power efficiency. All rainwater is collected from the roof to provide irrigation for the orchards, all water used in the packhouse is filtered and re-cycled. The roof hosts 216kwh of PV cells generating electricity to underpin the power demands of the graders and cold storage facility

AC Goatham and Son have 14 farms and grow 20 different apple and pear varieties that are destined for Sainsbury, Morrisons or the wholesale markets. The Flanders Farm site is a great move, not only for Goathams, but also for Kent’s apple industry. The state of the art packing and distribution centre is likely to make a key difference to the forthcoming season and will hopefully ensure that more British fruit is seen on the shelves.

Blair Gulland can be contacted at b.gulland@gullands.com