A world class resort for Kent 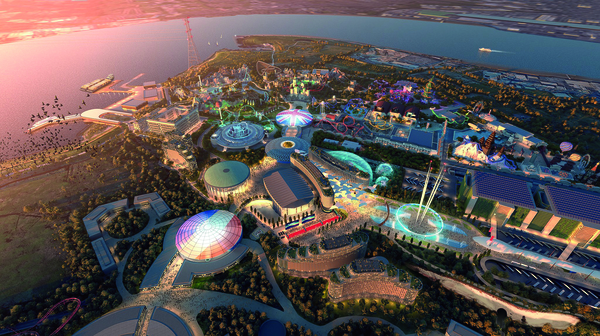 We have been watching with interest the progress of  The London Resort which is one of the most ambitious development projects in Europe and on 31 December it submitted its application to Government. The Development Consent Order (DCO) details how this largely brownfield former industrial site, will be transformed into one of the most exciting destinations in the world.

The London Resort is projected to be one of the largest, single site employers in the UK and is expected to make a significant contribution to the UK economy.  Research forecasts a number of benefits:

The London Resort is also aiming to be one of the most sustainable, global destinations in the world.  It plans to be the first operationally carbon neutral theme park, will deliver a net biodiversity gain and will create a green network of amenity areas and parkland to include areas of environmental enhancement and wildlife habitat creation beside the River Thames for local residents and Resort guests.

Chief Executive PY Gerbeau said: “I arrived at this project eighteen months ago and it has been non-stop ever since.  We have revived, reviewed, and reprogrammed the entire venture.  This will be so much more than just a theme park.”

The application confirms the intent to develop two theme park gates, a waterpark, conference and convention centre and e-Sports facility.  Over 3,500 hotel rooms will be created and two ferry terminals, one each side of the River Thames will be built, along with back-of-house facilities, a visitor centre and a new road from the A2.  Crucially, the vast majority of the materials required to construct the Resort will be delivered by river.

Mr Gerbeau continues: “We have built excellent relationships with many stakeholders and are working closely with the elected local Council leaders.  This has been an incredibly challenging journey and we look forward to working with the UK Government over the next twelve months.”

The London Resort will be the first European development of its kind to be built from scratch since the opening of Disneyland Paris in 1992.  If successful in securing development consent, construction could begin in 2022 with a view to opening in 2024.

The success of Disneyland Paris is testament to the impact that a global theme park can have on the economy.  A report on the economic contribution of Disneyland Paris found that the attraction added €68bn to the French economy in the 25 years since opening.  The region in which the park is located, Seine-et-Marne, has benefited €22.4bn.  The attraction also made €13.7bn in purchases, of which 70% were made locally and 82% were made within France, adding knock-on benefits to local suppliers.

Blair Gulland comments: “This is a project we at Gullands are watching with interest due to our client’s involvement in the project and this will provide not just a huge boost for Kent but also for the wider UK economy.”

The Government, through its Planning Inspectorate agency, has a period of 28 days in which they write to the local authorities and, together, assess ‘adequacy’ on the consultation and carry out an evaluation of the application before they accept or reject the submission.